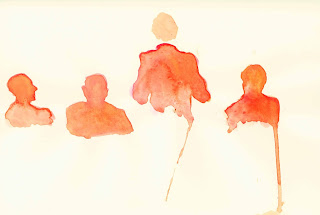 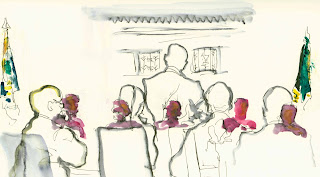 Today's Supreme Court hearing involves two murders but the procedural calm helps to alleviate tension. The usher has made sure that families with opposing interests are seated apart. A man next to me drops off for a while, snoring gently. This is not fair on counsel who are firing on all cylinders. Tip to counsel: I wouldn't refer to the bench constantly as 'my lords'. At one point Lady Hale makes emphatic use of a stapler.

For the first time, the Supreme Court and the Judicial Committee of the Privy Council are sitting together. They are hearing two linked appeals, R v Jogee and Ruddock v The Queen (Jamaica), involving the controversial principle of joint enterprise - can someone who incites murder be guilty of it? Echoing in my head are the words 'Let him have it' from the notorious trial of Derek Bentley (hanged then pardoned). 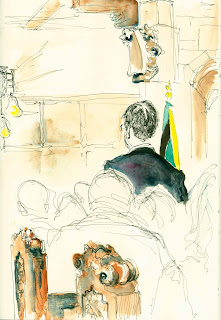 If a potential death penalty had been involved I wouldn't be here, but I checked the case details on the court's website beforehand. I'd been startled when I discovered that the JCPC hears appeals from jurisdictions which carry out capital punishment - as does Jamaica - although the court would never sanction such a penalty.

Four Supreme Court justices are accompanied today by the Lord Chief Justice, marking the significance of these criminal appeals.

The Supreme Court flag is joined by the Jamaican flag. As a spotter, I wonder if the oval JCPC rug with the royal crest (Honi soit qui mal y pense) has been moved to court 1 - the largest court, being used for today's packed-out hearing - from court 3 where it normally lies. The answer is no, because another JCPC case is being heard today in court 3. (The role of the JCPC is technically to advise the monarch, hence the crest. And the mysteries of the Privy Council are explained in a new book: By Royal Appointment: Tales from the Privy Council.) 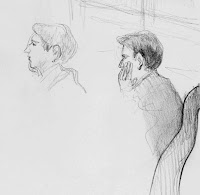 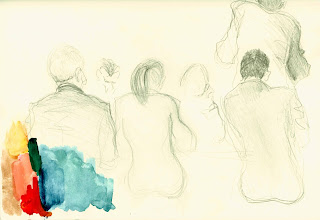 I'm normally near the front, floating on a lagoon of dark suits, but today I'm at the back, giving ground to the crowd. I've just got back from Venice and my head is full of hectic colour and Renaissance paintings of near-naked bodies, not appropriate for today's sober outing.

Posted by Isobel Williams at 16:01