Supreme Court: one for the road 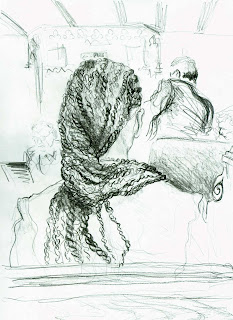 Whisky. Horrid. Had some once. Never again. Some people like it so much that it kills them.

Attempts to find political solutions are charged; the agenda can change. I'm reminded of an upset from 2009 - here's a quote from The Guardian: 'Professor David Nutt, the government's chief drug adviser, has been sacked a day after claiming that ecstasy and LSD were less dangerous than alcohol.'

Over two days, starting on the anniversary of the forced abdication of Mary, Queen of Scots, Scotch Whisky Association and others v The Lord Advocate and another asks whether the Alcohol (Minimum Pricing) (Scotland) Act 2012 is incompatible with EU law and therefore unlawful under the Scotland Act 1998. 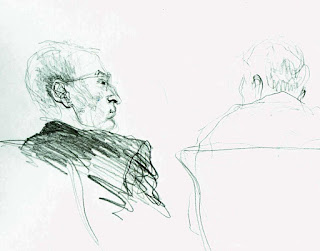 Over the road in the House of Commons, the merest mention of the ECJ can provoke boorish jeering and it's a relief to be in a more enlightened setting.

Should alcohol be subject to a minimum price of 50p per unit, which producers claim would make them less competitive? Or, as counsel asks at the beginning: 'Why not tax?' It's pointed out that Buckfast Tonic Wine, already more than 50p per unit, fuels a lot of crime. 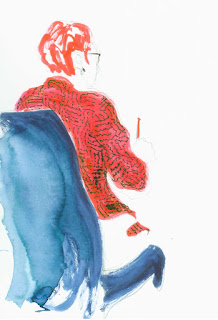 There is passing mention of people who can afford 'a decent Burgundy from Waitrose' but the focus is on the one per cent of drinkers who are 'hazardous and harmful drinkers in poverty'.

You don't have to walk far from the court to meet street drinkers. Beyond the issue of price, tackling drunkenness involves looking at poverty, unemployment, deprivation, family breakdown, homelessness and mental illness. Once you've done volunteering stints somewhere like Crisis you don't just see a street-drinker shape any more: you look into a face and wonder if you've met that person before. 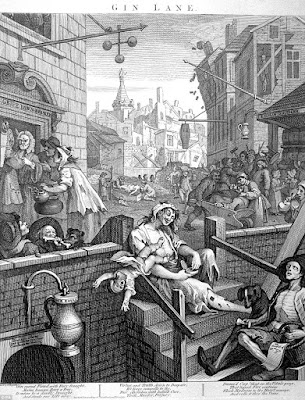 William Hogarth's engraving from 1751, Gin Lane, depicts the plague of cheap spirits. The Gin Act of 1736, which raised taxes and attempted to impose licences on the legions of gin sellers, was widely flouted. 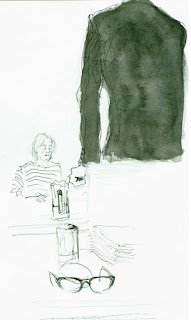 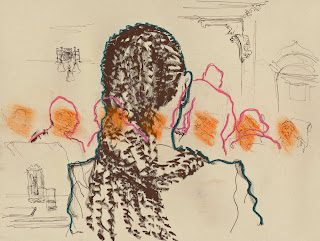 This is Lord Neuberger's last hearing as President but it's business as usual. There are no epoch-marking verbal posies presented to him by counsel - not while I'm in the courtroom, at least. Instead, there's a beginning: Philip Simpson QC finishes bang on lunchtime by saying: 'This has in fact been my first appearance before the Supreme Court or indeed the House of Lords and it's been a privilege to address you in this case.'

'Mr Simpson,' says Lord Neuberger, 'it may have been your first appearance here but you have timed your ending of your submissions extremely well.' 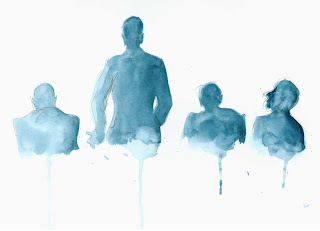 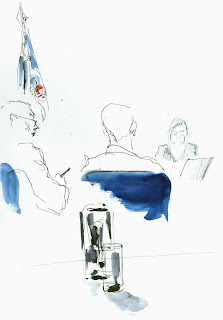 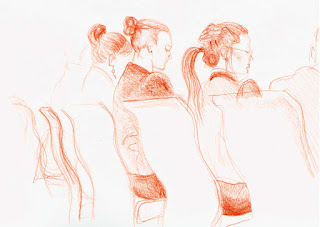 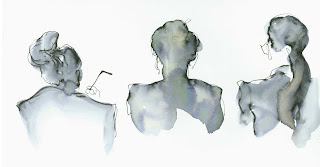 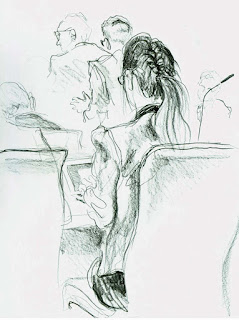 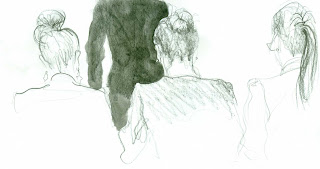 The President has set a swift pace and in the afternoon proceedings end with an hour in hand.

Posted by Isobel Williams at 18:32 No comments: 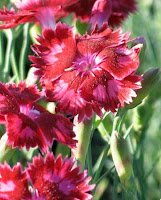 I'm asked to draw scissors for the third issue of Proof, the magazine of Thejusticegap.com. This number is about legal aid cuts and access to justice.

Okay. My pinking shears (dianthus flowers are called pinks because they look pinked, not pink) make seam edges neat. They are not chosen. 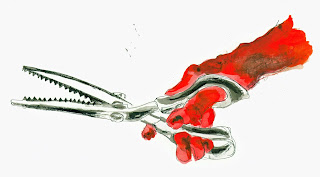 My dressmaking shears from Morplan (the West End rag trade emporium where you go for tiara stands) try to look hard. An innocent implement for a tough subject. 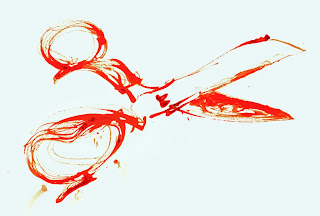 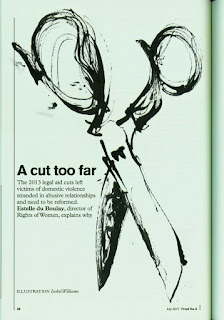 Posted by Isobel Williams at 16:02 No comments: