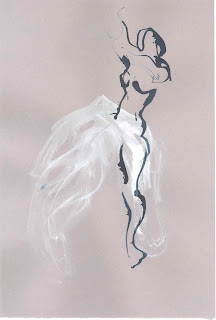 Stabbing open a plastic-sealed Camembert with eyebrow tweezers in a hotel room, I'm here for a conference at the University of Porto on the theme of strangeness and the stranger in the context of theatre/architecture/law.

I talk about quick and dirty drawing as an outsider. 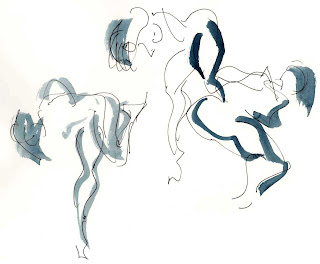 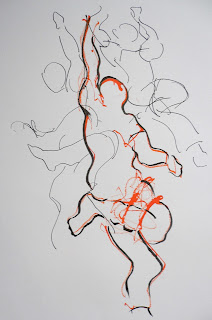 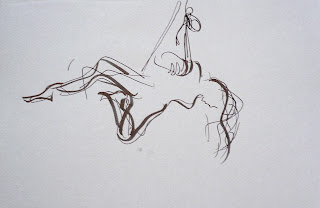 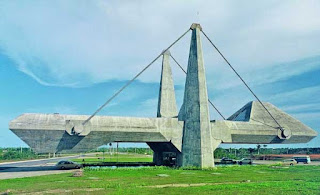 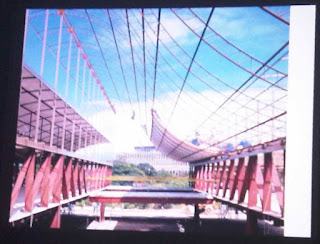 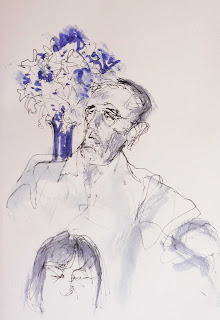 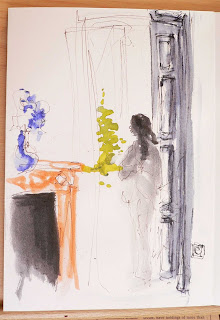 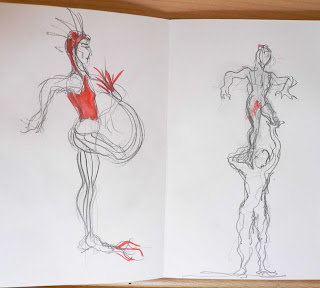 One evening we head for a performance which includes one-legged dancer Mickaella Dantas. The degree of compensation going on over the rest of her body/brain gives her the edge over the other dancers.

I draw her from memory which fades in seconds.

In one image my brain flips - it is her right leg incomplete, not her left.

I make mistakes about where her vertical axis must be. If my drawings were buildings, some would fall over. 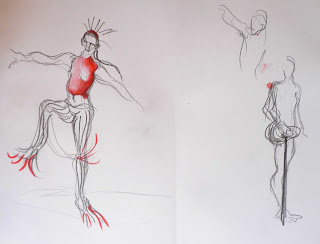 The dancer I feel sorry for is the one with both knees bandaged under her tights: that's pain now, pain later.

Back in the hotel, eating sardines out of the tin, I read my place-mat, the London Review of Books.

American writer Ben Lerner: "...What if we dislike or despise or hate poems because they are – every single one of them – failures? The poet and critic Allen Grossman tells a story (there are many versions of the story) that goes like this: you’re moved to write a poem because of some transcendent impulse to get beyond the human, the historical, the finite. But as soon as you move from that impulse to the actual poem, the song of the infinite is compromised by the finitude of its terms. So the poem is always a record of failure. There’s an ‘undecidable conflict’ between the poet’s desire to make an alternative world and, as Grossman puts it, ‘resistance to alternative making inherent in the materials of which any world must be composed’. " 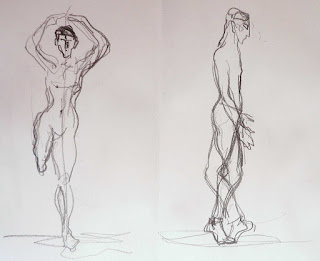 The same applies to drawing.

On the plane home I meet an emeritus professor, Robert Adams, who's been co-chairing a conference at the same university.

He points out that artists have been let down terribly by glue/size/varnish over the centuries. 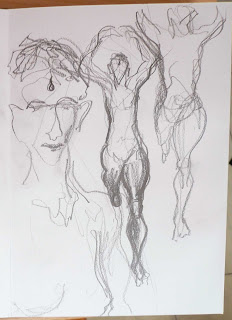 It was the Third International Conference on Structural Adhesive Bonding. The former head of glue at Ford Motor Company was there. I feel a pang for the two days of metaphor they have been enjoying. 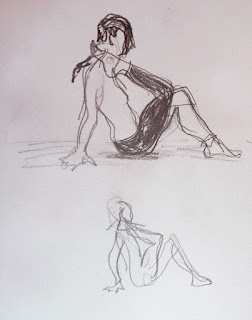 Posted by Isobel Williams at 15:54 No comments: