Clare Holtham's memoir 'Under the Stars': alone on the lost hippy trail 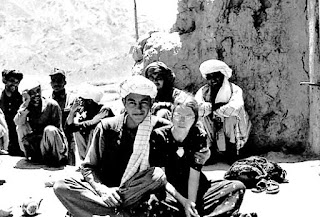 I went as usual to sell some blood.

Clare Holtham (1948-2010) was a fearless traveller. Under the Stars is the unpublished memoir of her independent journeys overland from England to India in 1969 and the early 70s.

Here is the full text in four pdfs - just click on each link. Please email me (see right) if you have difficulty in accessing them:

Clare took public transport or hitch-hiked. The world turns, and the Buddhas of Bamiyan she photographed have been destroyed. Unprotected travellers can no longer follow her routes - but even Clare's account tells of westerners killed by tribesmen or a nervous border guard.

She smells water in the desert; keeps a meticulous food diary; engages with languages, literature, history and anthropology rather than hippies on the trail. She dallies with a customs officer and is attracted to an Uzbek chieftain she meets on the road, becoming his bride for a night. She maintains that drinking the local water builds her resistance to illness; brushes off a threatened robbery at gunpoint; makes her own luck (for example, one morning she gets up early to visit a tailor, thereby missing the Mickey Finn breakfast administered to other Europeans in the Afghan hostel who then have their passports stolen).

Clare writes with detached candour, driven by restless curiosity. She feels safer in central Asia than in 'cold Europe'. She banters politely but as an equal. She meets illiterate tribesmen bristling with guns and knives and knows at once that she can trust them with her life. Where does this equanimity come from in such a young woman, travelling mostly alone?

The answer is lost in the negative space of her narrative. There is no reliable account of her rudderless teenage years, which included a remand home, sleeping rough and a forced self-reliance. We don't know what norms she acquired while many of those who went on to join her at Newnham College, Cambridge, were being hot-housed and cosseted.

From the prologue to Under the Stars ('parents' = father and stepmother; L.C.C. = London County Council): 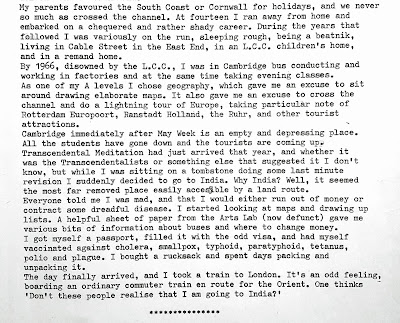 Clare's book of poems, The Road from Herat, is featured in this short account of her extraordinary life: click here. Copies are available from Newnham's Roll Office (roll@newn.cam.ac.uk, tel. 01223 335757, personal callers welcome, preferably with prior notice), price £8. All proceeds go to a Newnham travel scholarship in Clare's name.

Any use of Clare's writing and pictures needs to be approved first by her literary executor Roger Garfitt, email r.garfitt@btinternet.com.

Clare drew beautiful maps and pictures. Some are here; the Newnham archive contains more, together with photographs and many rolls of film. She took Bartholomew's maps with her and may have traced some of them, but she was also capable of drawing maps freehand on a train window in Indian ink. 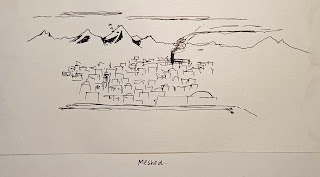 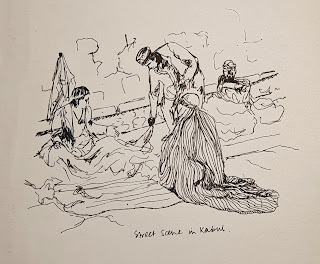 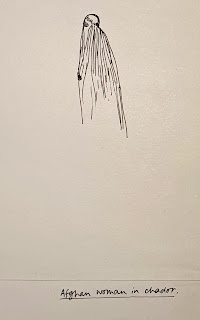 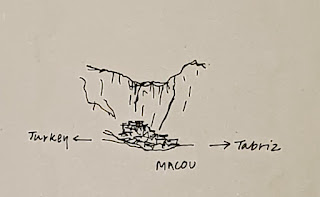 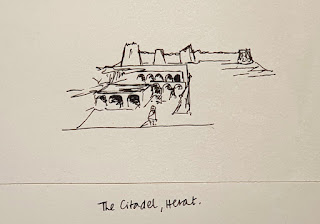 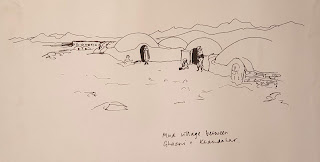 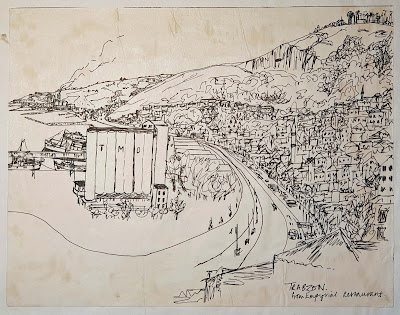 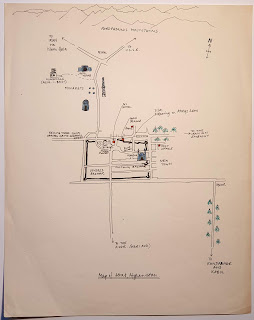 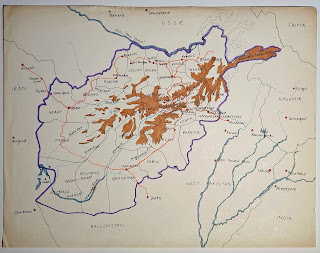 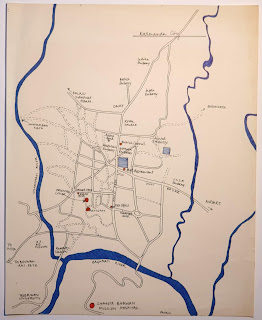 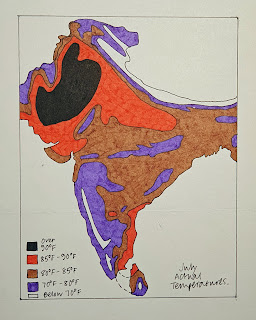 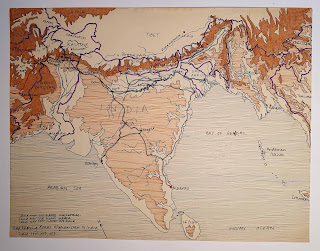 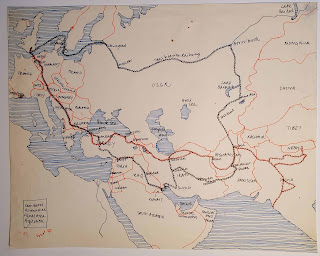 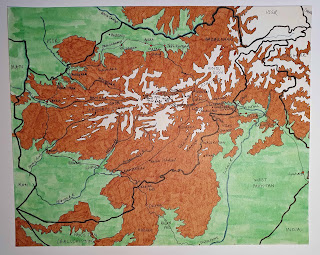 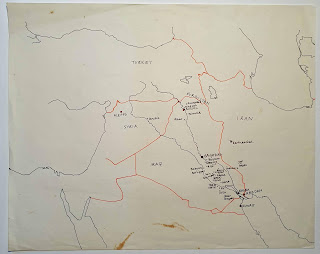 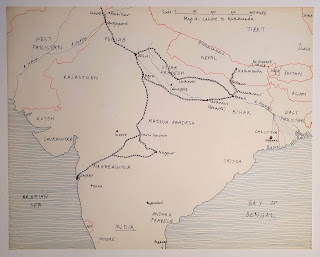 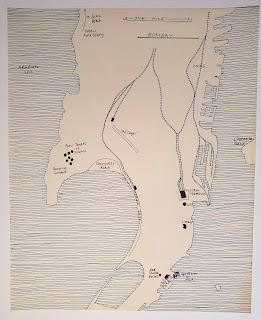 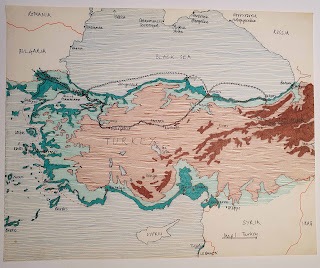 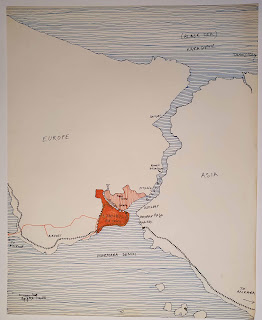 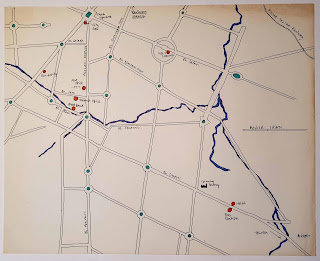 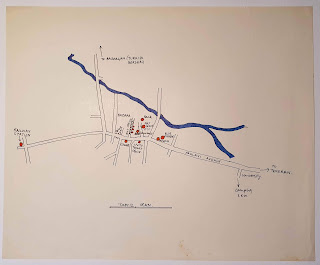 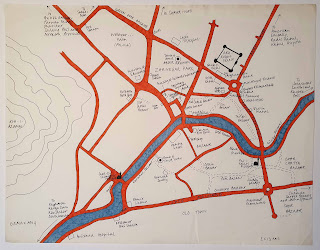 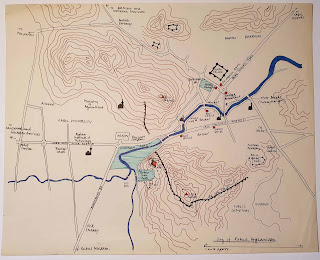 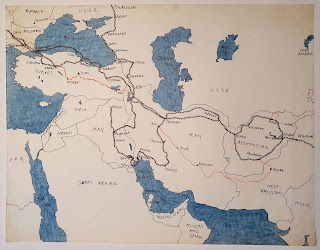 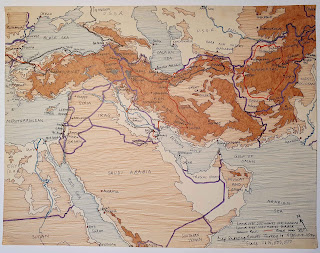 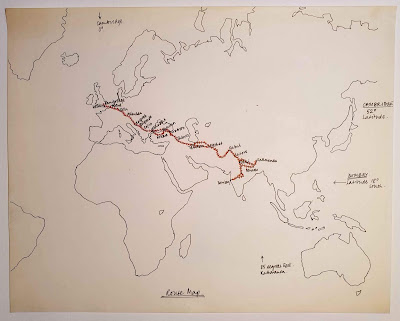