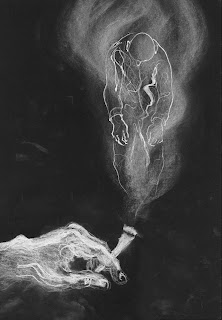 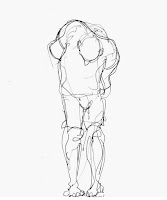 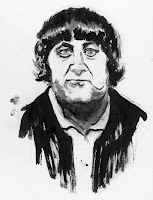 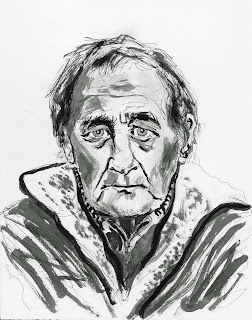 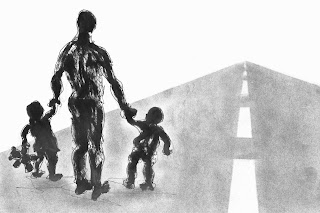 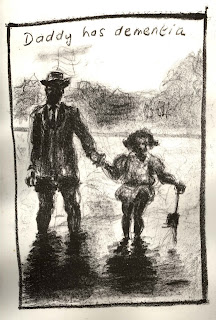 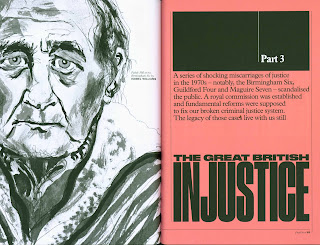 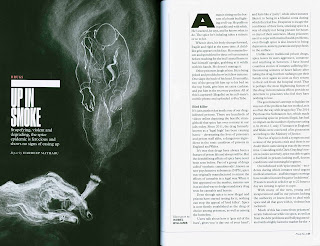 Posted by Isobel Williams at 15:40 No comments:

'Tensho,' muses my friend Pete as we walk up Baker Street to our shodō class, 'is the Helvetica of Japanese calligraphy.'

A functional administrative script introduced to Japan from China, tensho was inscribed into stone, wood, bone or tortoise-shell, and carved into seals, before brush and ink took over. Its no-nonsense sans-serif uniformity has none of those characterful flicky bits or drying-out strokes you get with brushes. In the same spirit, Helvetica is an efficient Swiss mid-twentieth century design meant for neutral public uses.

Eventually the kaisho style evolved, allowing more expression of the soul. I'd twin it with Perpetua, developed in the 1920s by Eric Gill: this font shows his roots in stone-carving but has a classic beauty and is used for poetry by Faber & Faber.


I won't show my own efforts which reveal the backwardness of my right (wrong) hand in calligraphy, which is nothing like drawing. Writing is learned. Drawing is autobiographical. I have pens I can draw but not write with. I am puzzled by the simplest writing brush stroke which reminds me of the years it took me to learn how to tie a bow - the breakthrough came when I realised that the grown-ups did it wrongly.

In life class that evening I'm asked if I've changed my name as I'm initialling everything R.H. It stands for right hand. The body of a calligraphic character is harder for me to read than the body of the model. 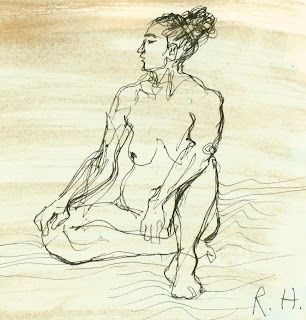 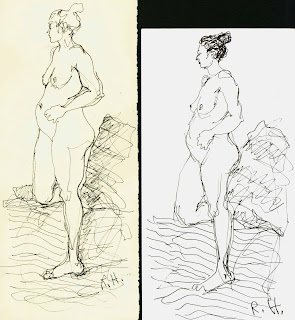 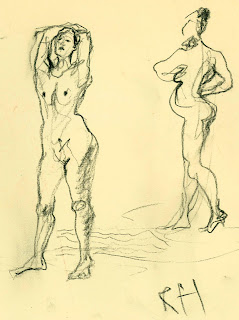 Posted by Isobel Williams at 13:24 No comments: