Uses for the Financial Times, part 2 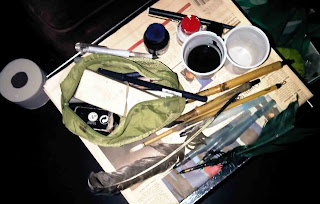 Protecting a mirrored occasional table from my drawing materials. More on the other side: http://boulevardisme.blogspot.co.uk/2013/03/the-bracelet-to-julia-by-robert-herrick.html

Posted by Isobel Williams at 18:05 No comments:

Email ThisBlogThis!Share to TwitterShare to FacebookShare to Pinterest
Labels: Uses for the Financial Times 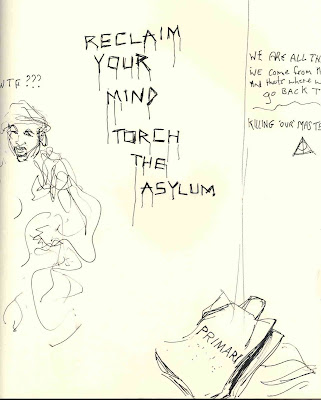 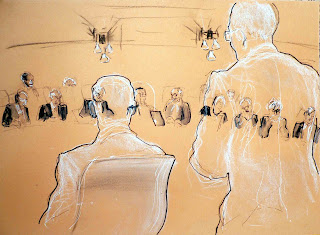 Bank Mellat v Her Majesty's Treasury has an undertow of violence. The goodnight-all option.

I'm holding charcoal. That's one thing the planet wouldn't be short of after the bomb.

Is Bank Mellat controlled by the Iranian state and funding nuclear arms proliferation? That's not the issue here, which is a procedural one: are directions made by the Treasury under Schedule 7 of the Counter-Terrorism Act 2008 in breach of, inter alia, the rules of natural justice and/or article 6 of the European Convention on Human Rights, and/or the procedural obligation in Article 1 Protocol 1 ECHR?

It's a rare day for forensic twitchers: nine judges are sitting, the maximum. Five is routine here. 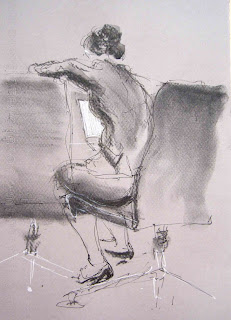 Lady Hale is keeping counsel up to the mark. I find her interventions scarier than Lord Neuberger's regular 'Yup' (surtitle: Get a move on.)

Counsel: 'The judgment which I have struggled to explain...'
Lady Hale: 'Do you mean that ironically?'
Counsel changes gear politely.

Lady Hale: 'Why do you say it's only a small point? It was virtually the whole submission in the Belmarsh case.'
Counsel changes it to a short point.

'In what sense is this legislation, that is, lawmaking? Is it not more akin to a private Act of Parliament?...This is not an ordinary statutory instrument. I just toss that out.'

'What would be the consequence of this being a hybrid instrument?'
Counsel will have a look at that overnight.

'My lords and lady,' says counsel, 'can I bring in the question of anxious scrutiny?' Anxious scrutiny is what I'm all about here, I think. 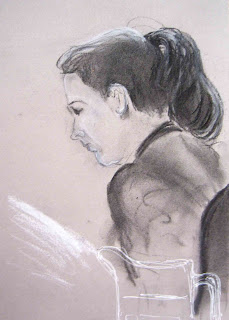 The court has to deal with persistent bundle malfunction. And what a bundle. 'Looking at page 6000...'

﻿
A judge mutters, 'We can tell what the photocopier thought of this judgment anyway.' I don't know if he means the machine or the person (the Victorians called a typist a 'typewriter').

An incongruous sound: a baby is crying offstage. 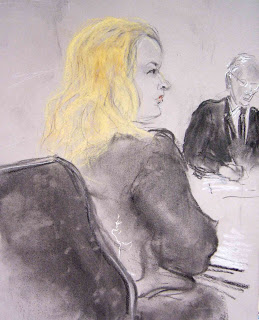 There is analysis of whether a party was, in legal terms, an unwitting or unwilling actor. I look around the court as I try to think of an example. 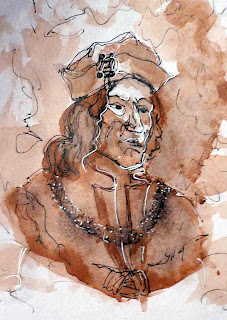 I see Richard III carved into an oak bench, his image copied from the version in the National Portrait Gallery. Was his involvement (if any) in the death of the princes in the tower witting or unwitting? And are those car-park bones his beyond reasonable doubt? Leaving aside some apparent national emotional need, would the skeleton stand up, so to speak, if subjected to the rigorous standards of this court? I don't think so. 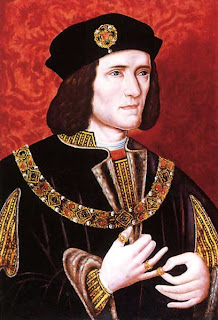 Posted by Isobel Williams at 20:25 No comments: 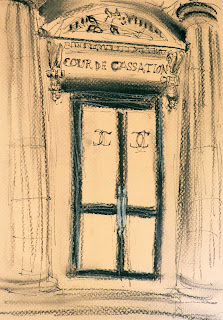 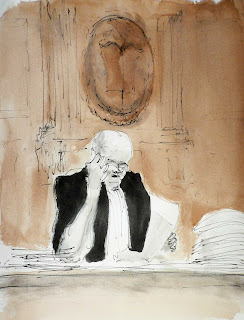 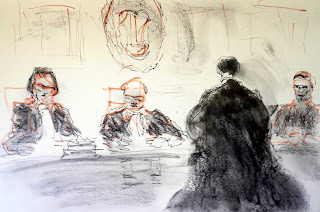 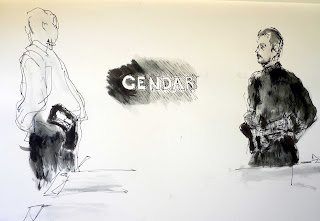 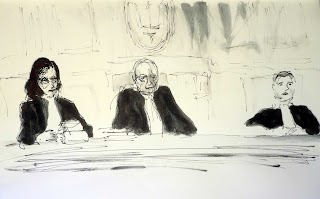 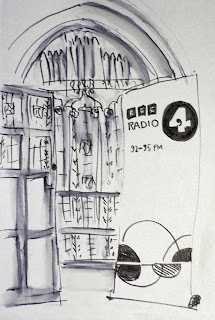