Supreme Court Art: the Privy Council and being prepared

I'd been avoiding the Privy Council. 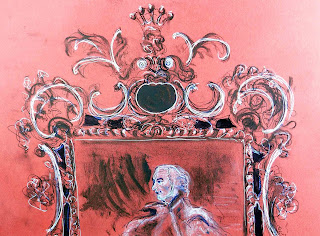 The Thing sometimes lurks there. People from overseas jurisdictions arguing for the right to carry out a sentence of capital punishment.

But here I am in Court 3, where the Judicial Committee of the Privy Council sits. Behind me is a picture frame that looks like a giant rib cage after the heart within it exploded. 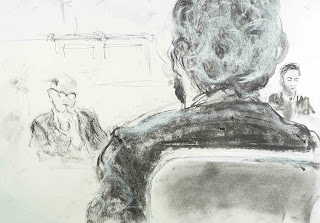 On my journey in, a bus driver traps a frail elderly woman's arm as he closes the doors impatiently, and hurts her. The conductress (it's a new-style Routemaster) freezes and stares in the opposite direction. I harangue the driver. The woman's companion harangues the driver. He is silent and avoids eye contact. I assume he's been trained not to apologise for fear of admitting liability. It's very hot. The woman doesn't wish to make a formal complaint. Where does our duty to other people begin and end?

Are you prepared to catch me if I fall?

That is the first line of a poem written by a prisoner  in the latest copy of Allies, the  newsletter of the charity Prisoners Abroad - 'caring for Britons held overseas and their families'. (Not normally death row cases.) 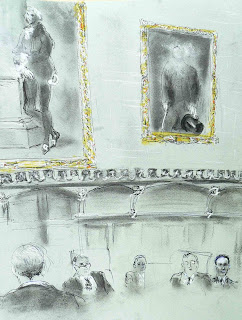 Lord Neuberger hosted a reception for this charity at the Royal Courts of Justice back in January. And now he is rather disconcertingly sitting beneath a portrait of William Mainwaring (1735-1821), MP for Middlesex, whose electoral opponent sought an inquiry into prison abuses. Mainwaring made sure there was no inquiry.

The Thing isn't here today. In Cukurova Finance International Limited and another v Alfa Telecom Turkey Limited, the latter lent the former $1.352 billion; it went wrong and the finance company claims that it was stitched up in the New York courts. I've been programmed to feel sick every time I hear the words 'Deutsche Bank' so I'm not having a great time. 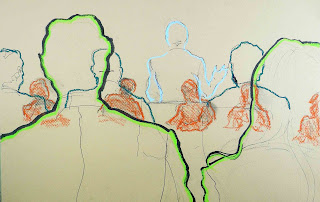 When I leave, the sound of the celebratory peal of bells from the Abbey smashes against the hard surfaces of Westminster and bounces off again. A birth. Funny old world. Still got people in it like Clive Stafford Smith and all the other death row campaigners with perpetually exploding hearts. 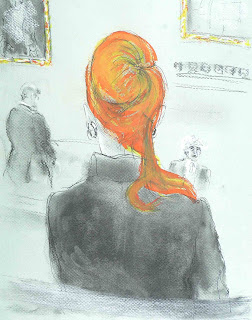 Posted by Isobel Williams at 16:03 No comments: