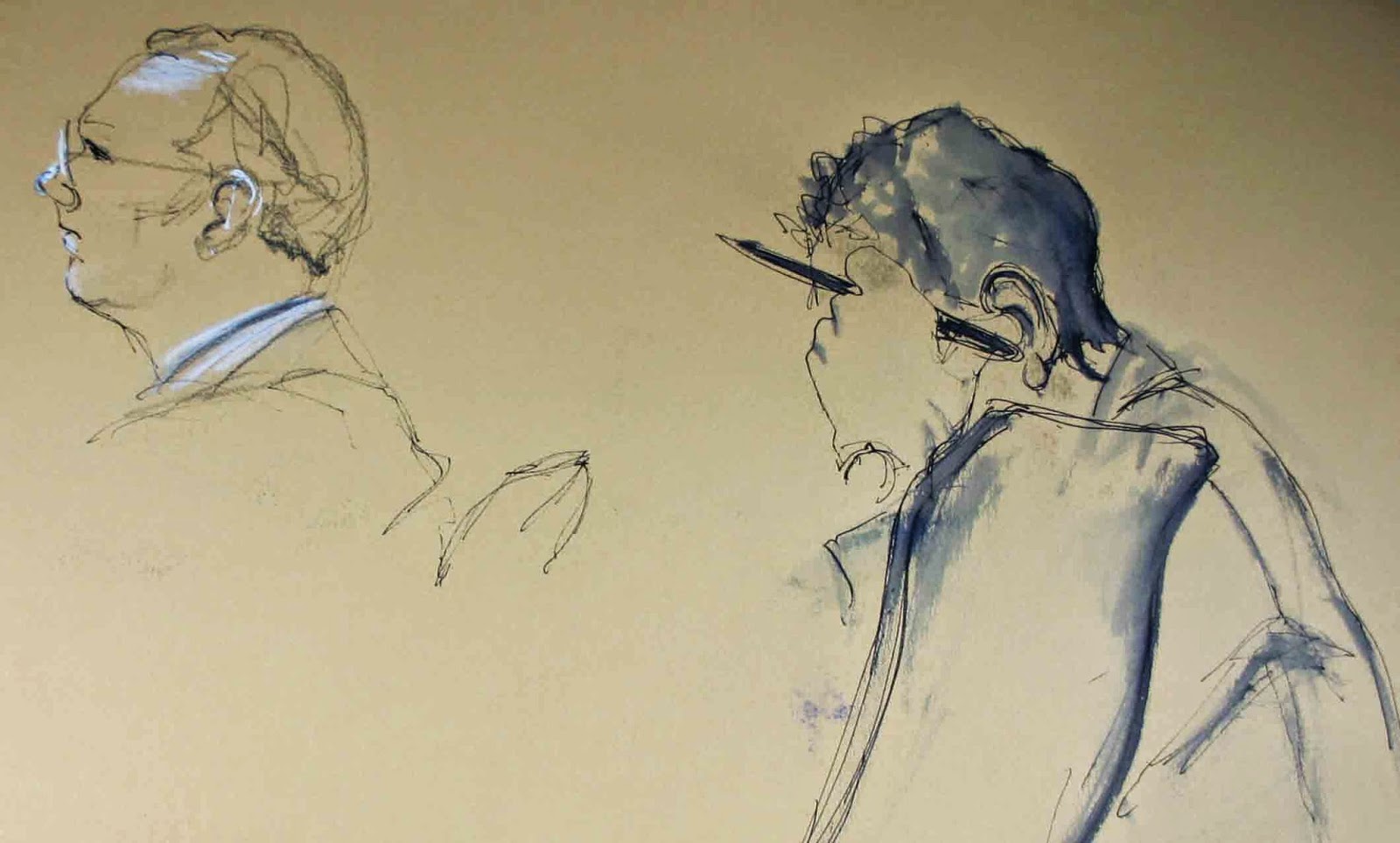 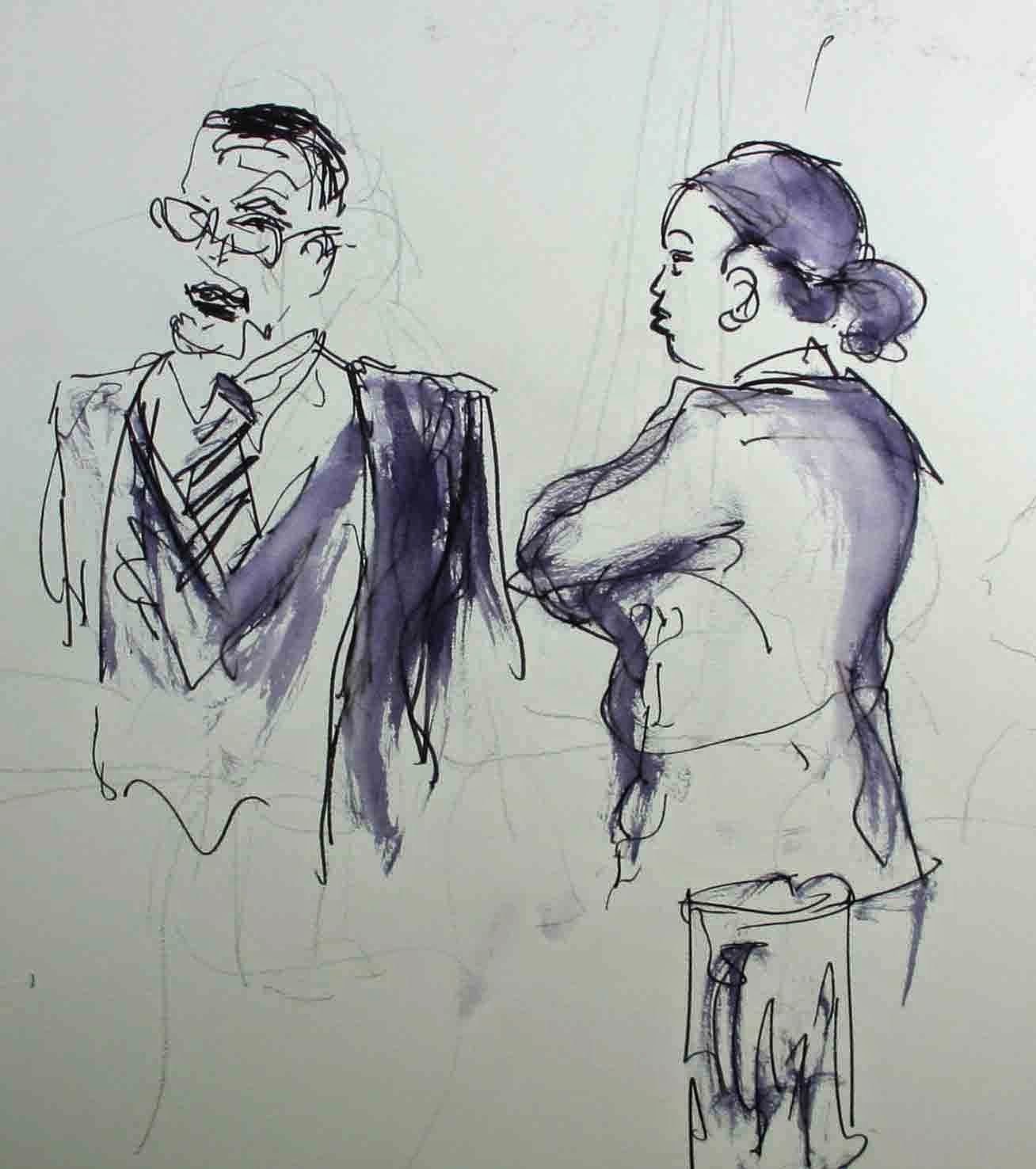 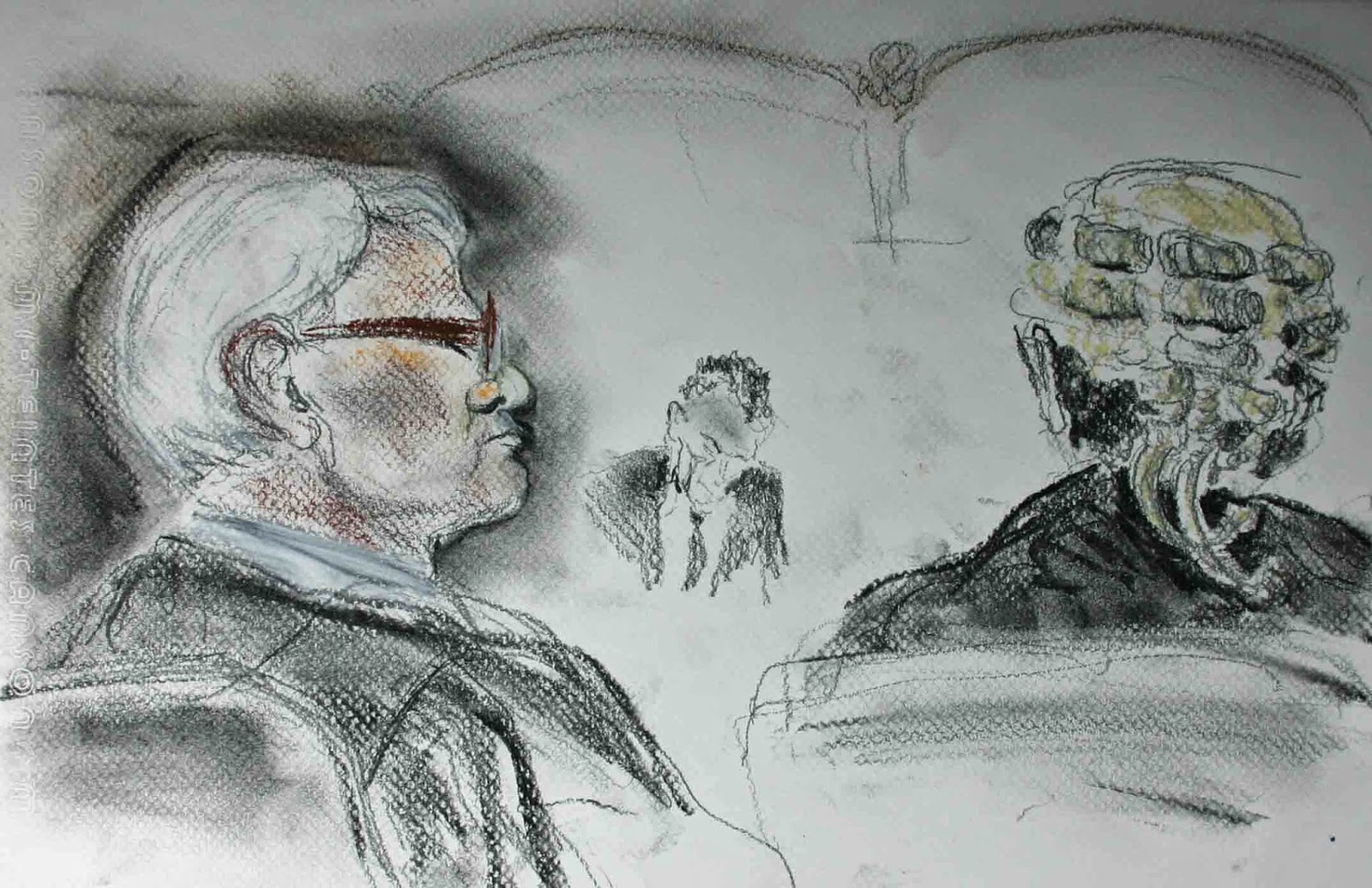 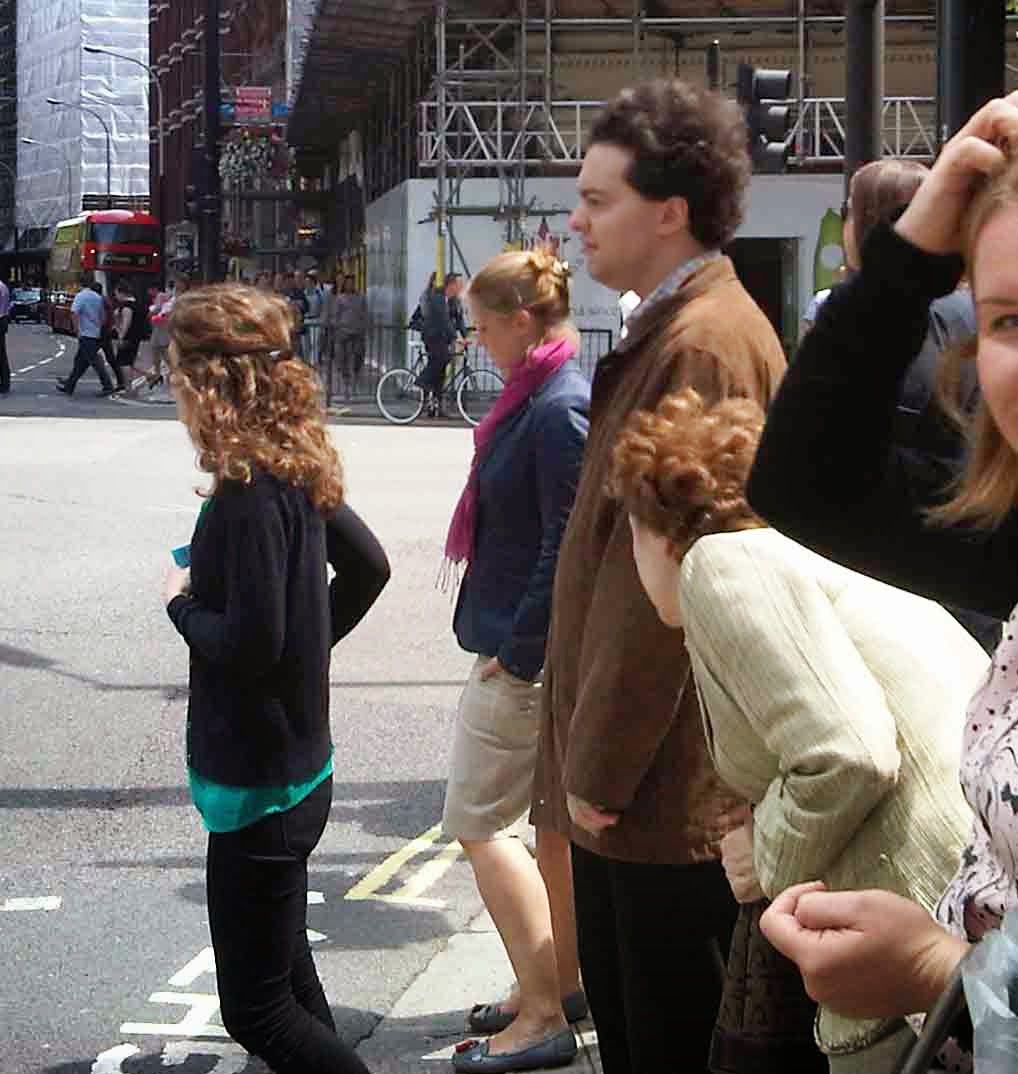 
Posted by Isobel Williams at 11:46 No comments:

Supreme Court art: 'What will survive of us is love' 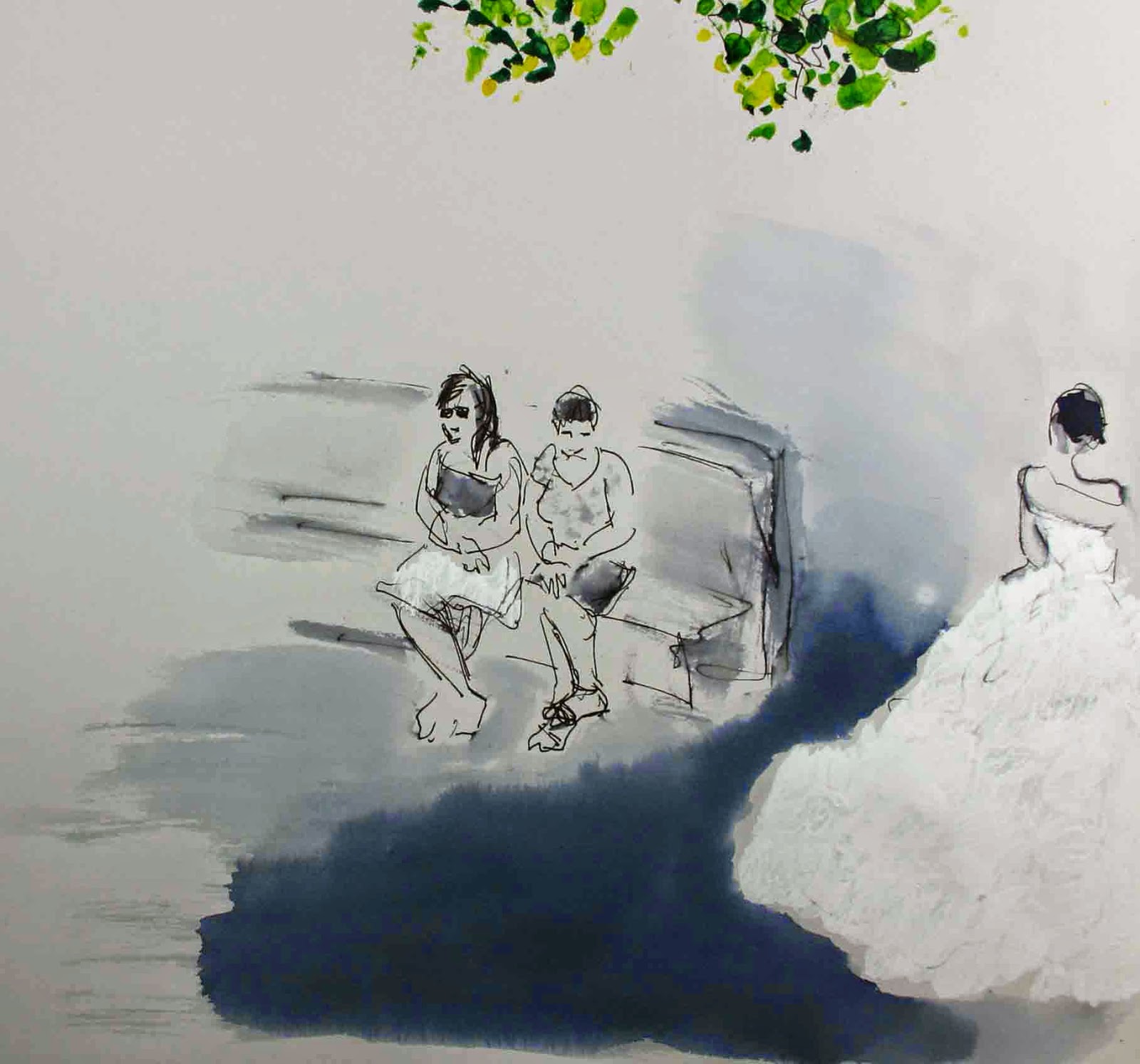 We're waiting for the Nicklinson judgment. About the right to assisted suicide.

A young barrister looks around the courtroom, stares up at the paintings. A silk arrives. 'We're unrobed by the way. Didn't you get the email?' The barrister quickly stuffs away his wig and gown.

Lord Neuberger reads the summary of the judgment, careful to delineate the divisions of opinion between the justices. 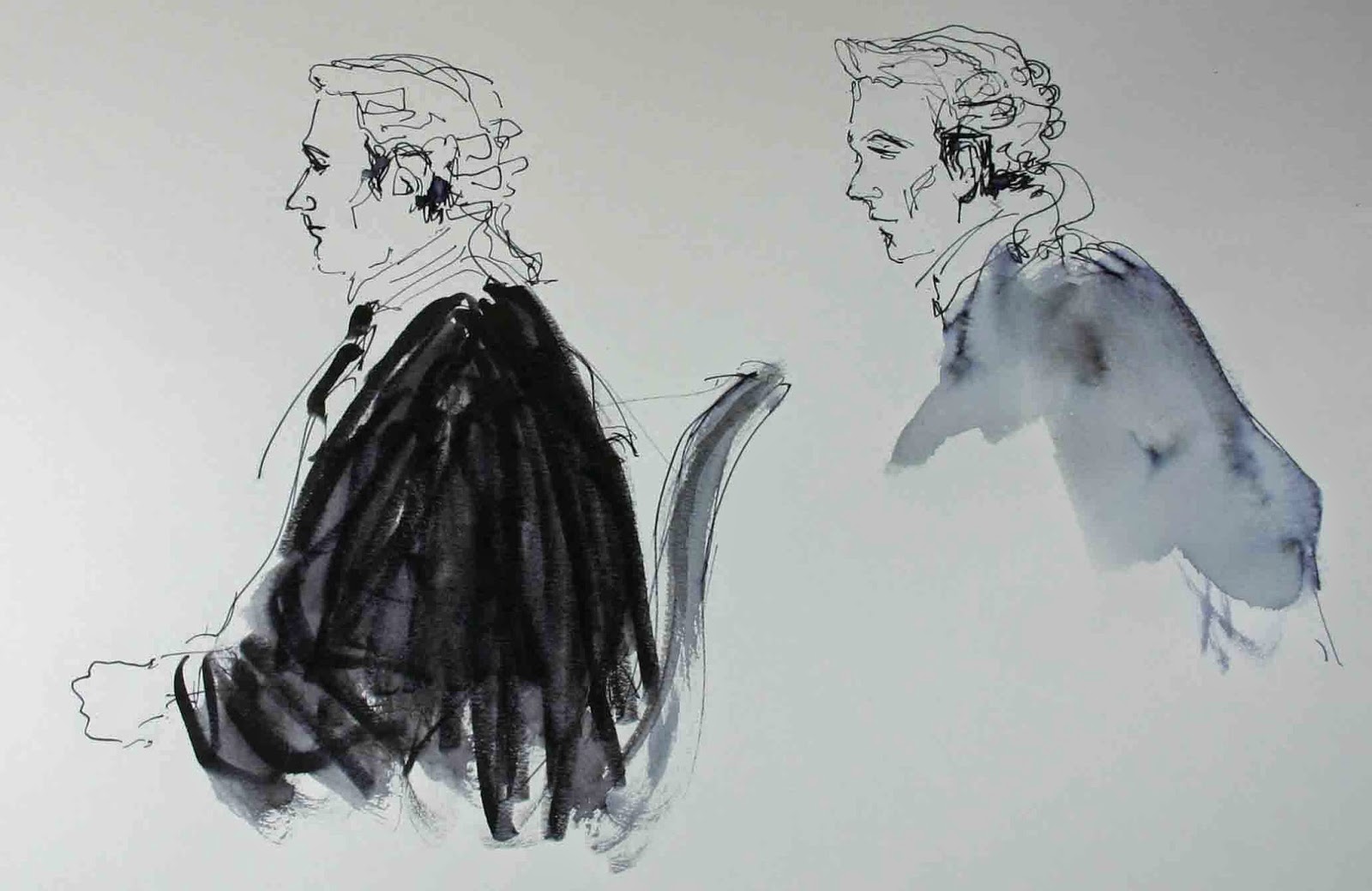 Afterwards, I look down at the press melée outside in Parliament Square.

Joshua Rozenberg gives an interview. A reporter-mermaid keeps brushing her long blonde hair; she checks her reflection in the camera lens, in the screen of her phone. Urban birds may one day incorporate the loose hairs into their nests. 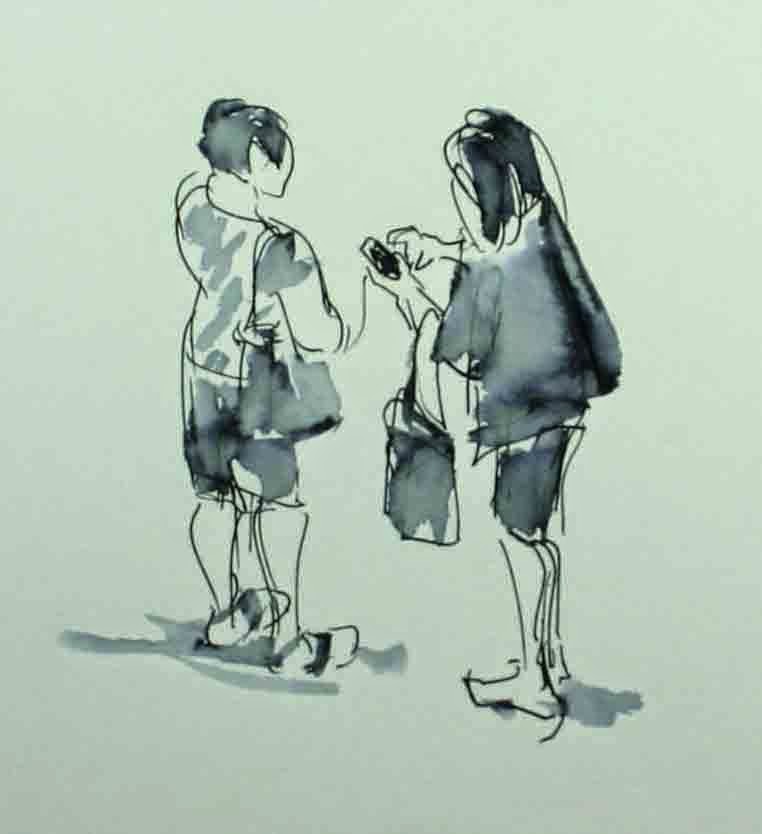 After a cluster of interviews, Jane Nicklinson sits quietly, having just lost a case. A triumphant bride in a white net extrusion strides into the tableau with her groom, poses briefly in front of the building and sweeps away with her entourage. Tall, beautiful, confident.

The bride does not know that she was a few feet away from Jane, an icon of marriage. In sickness and in health. Yup.

Till death us do part. Except, you see, it doesn't.

I wrote about my day at the hearing here:
http://isobelwilliams.blogspot.co.uk/2013/12/uneaseful-death.html 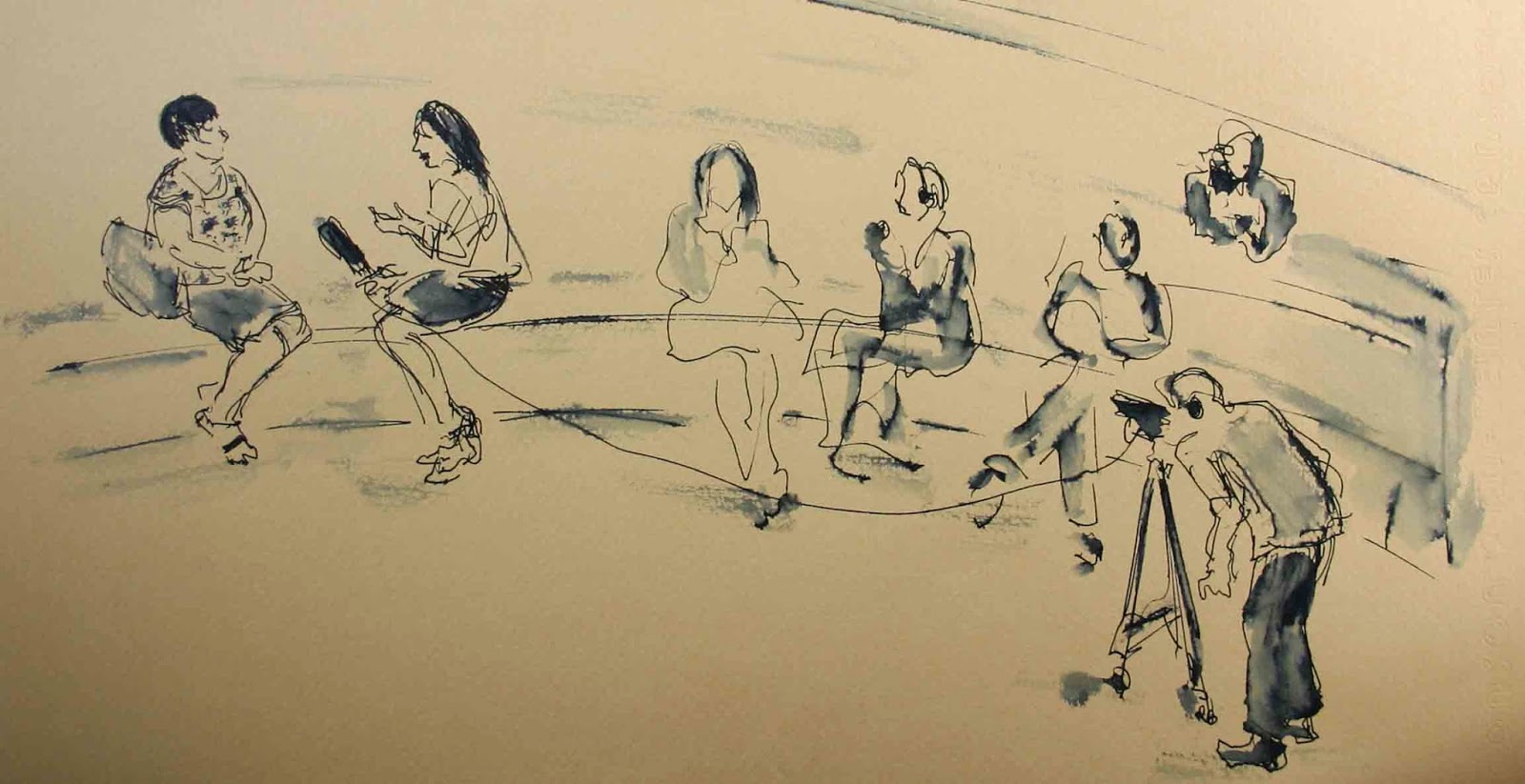 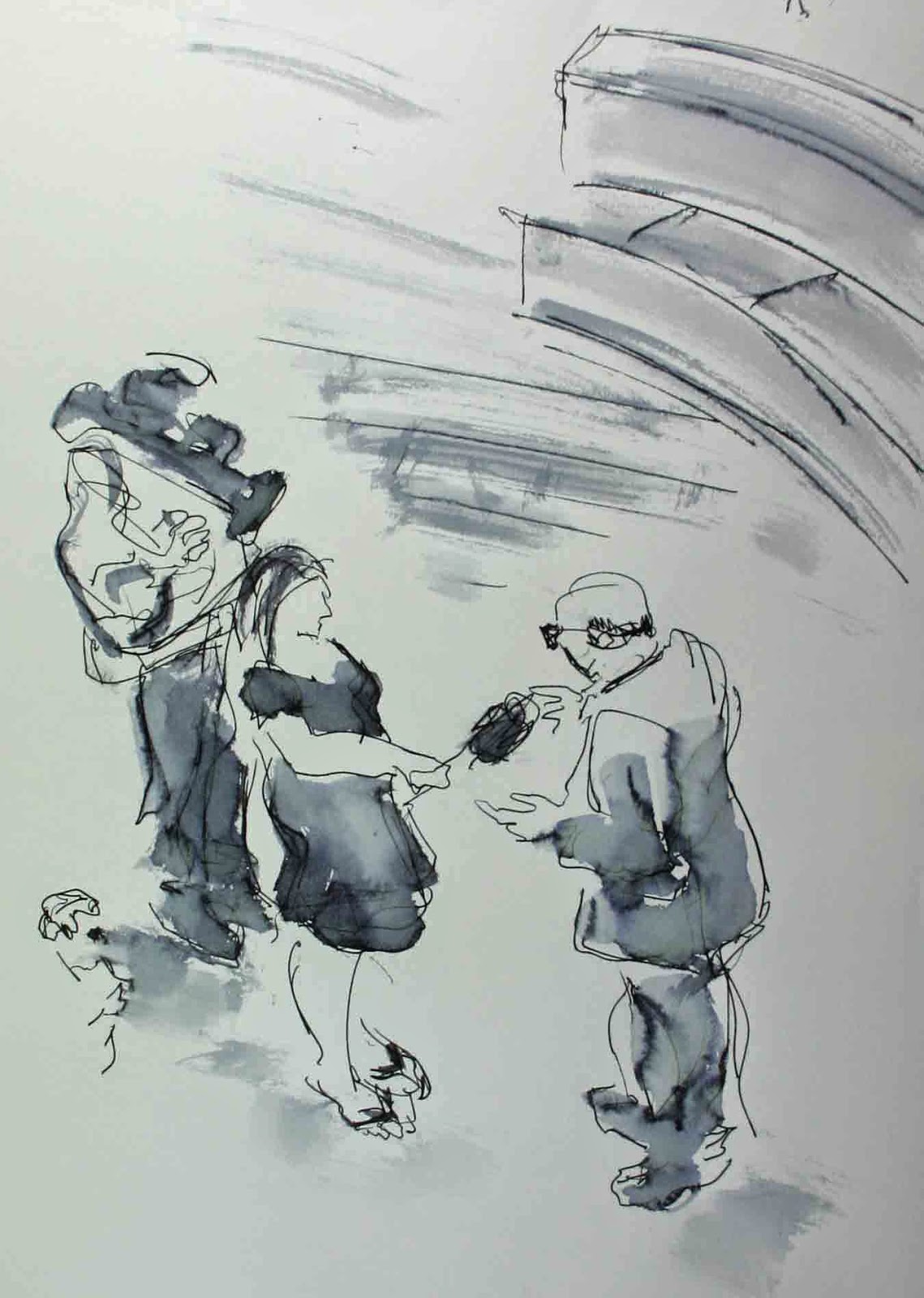 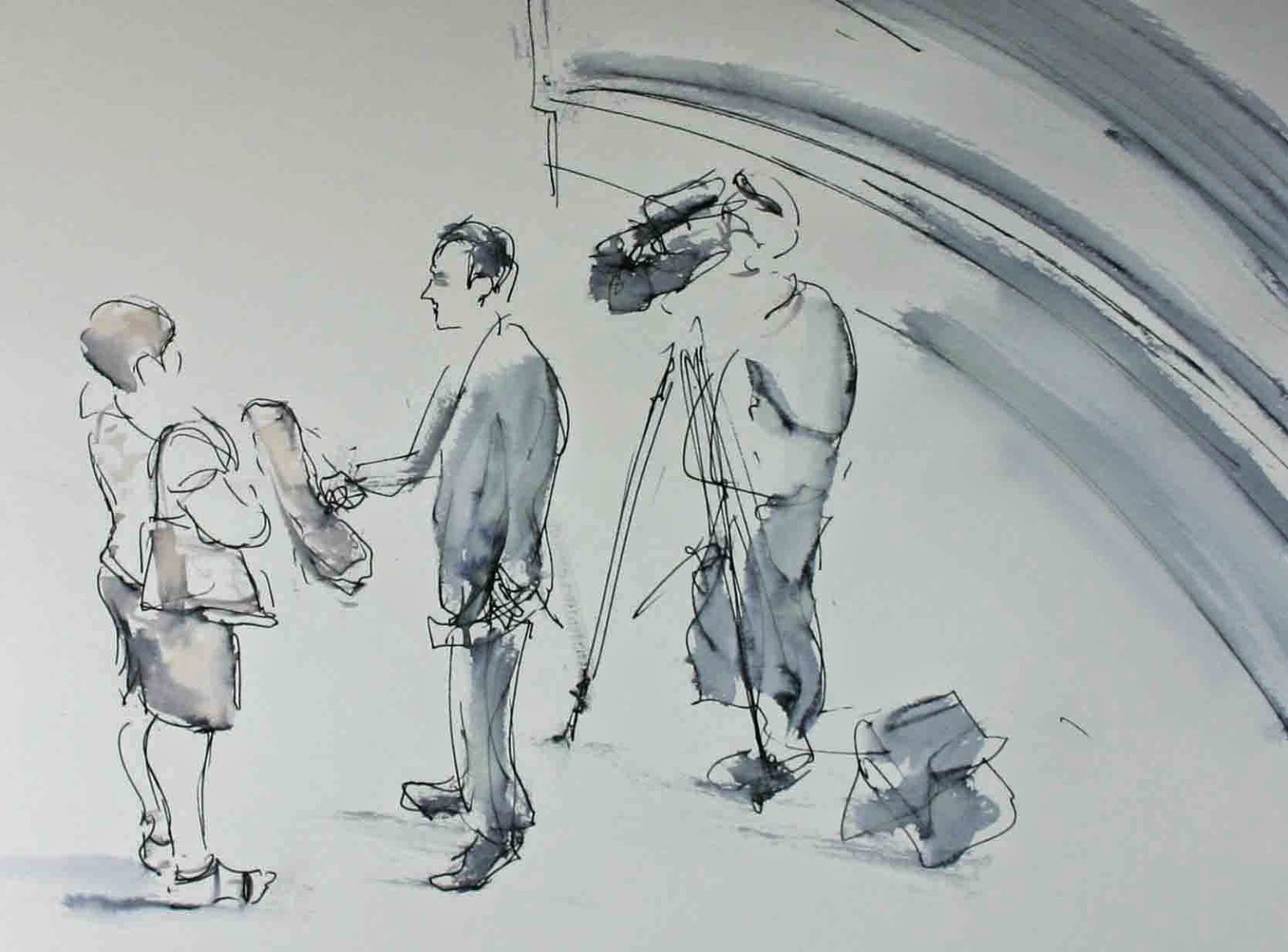 Posted by Isobel Williams at 15:59 No comments: 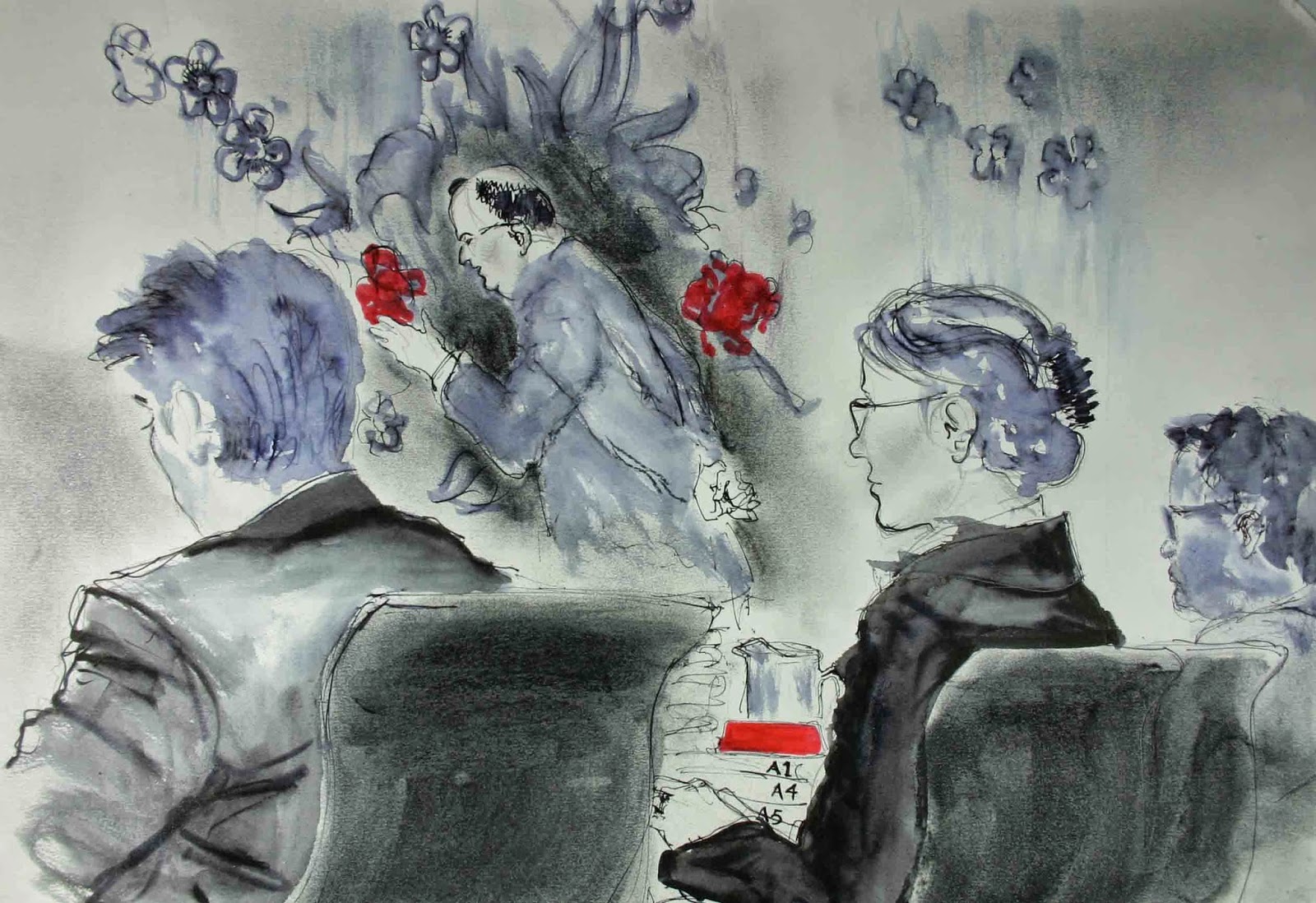 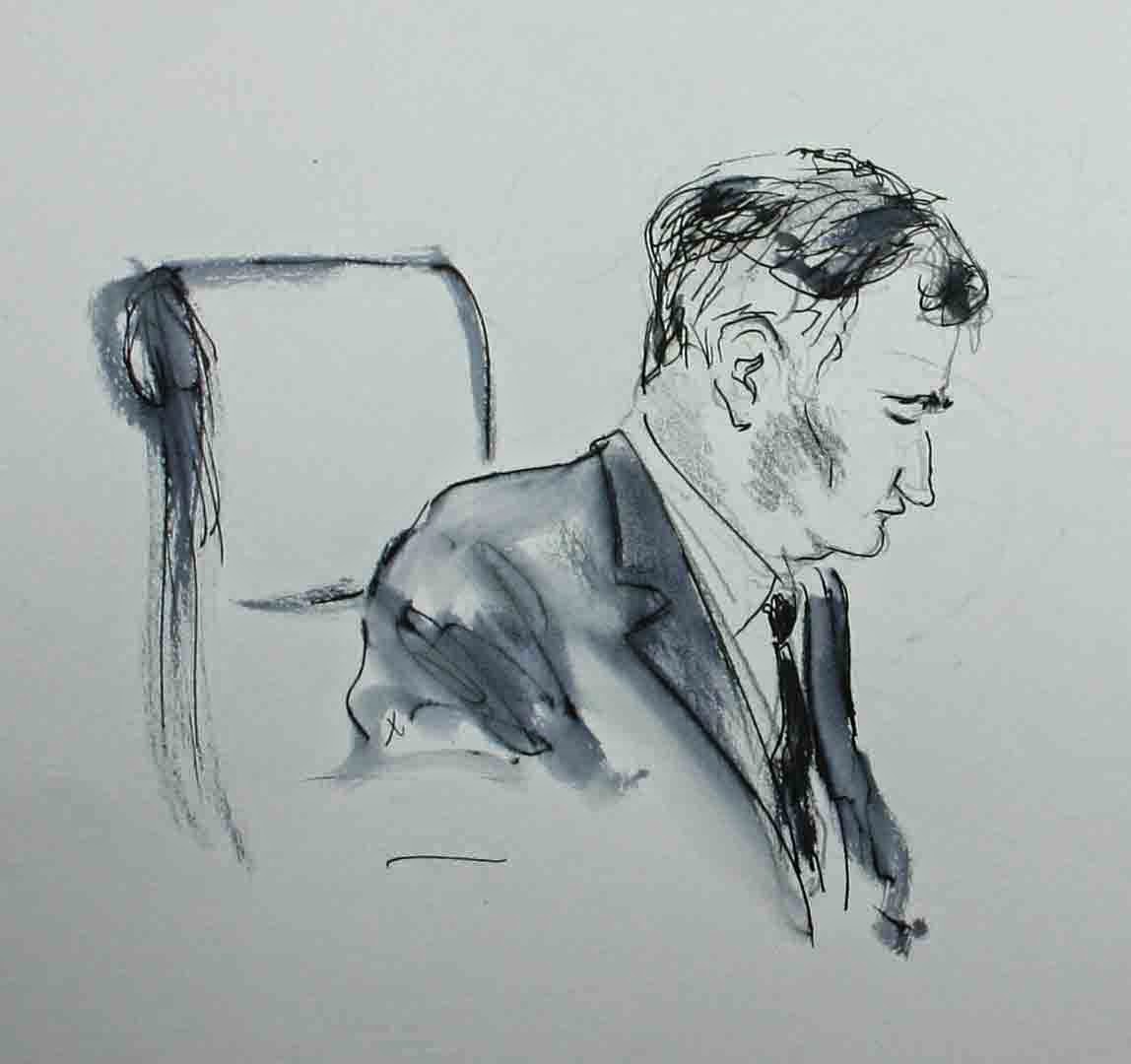 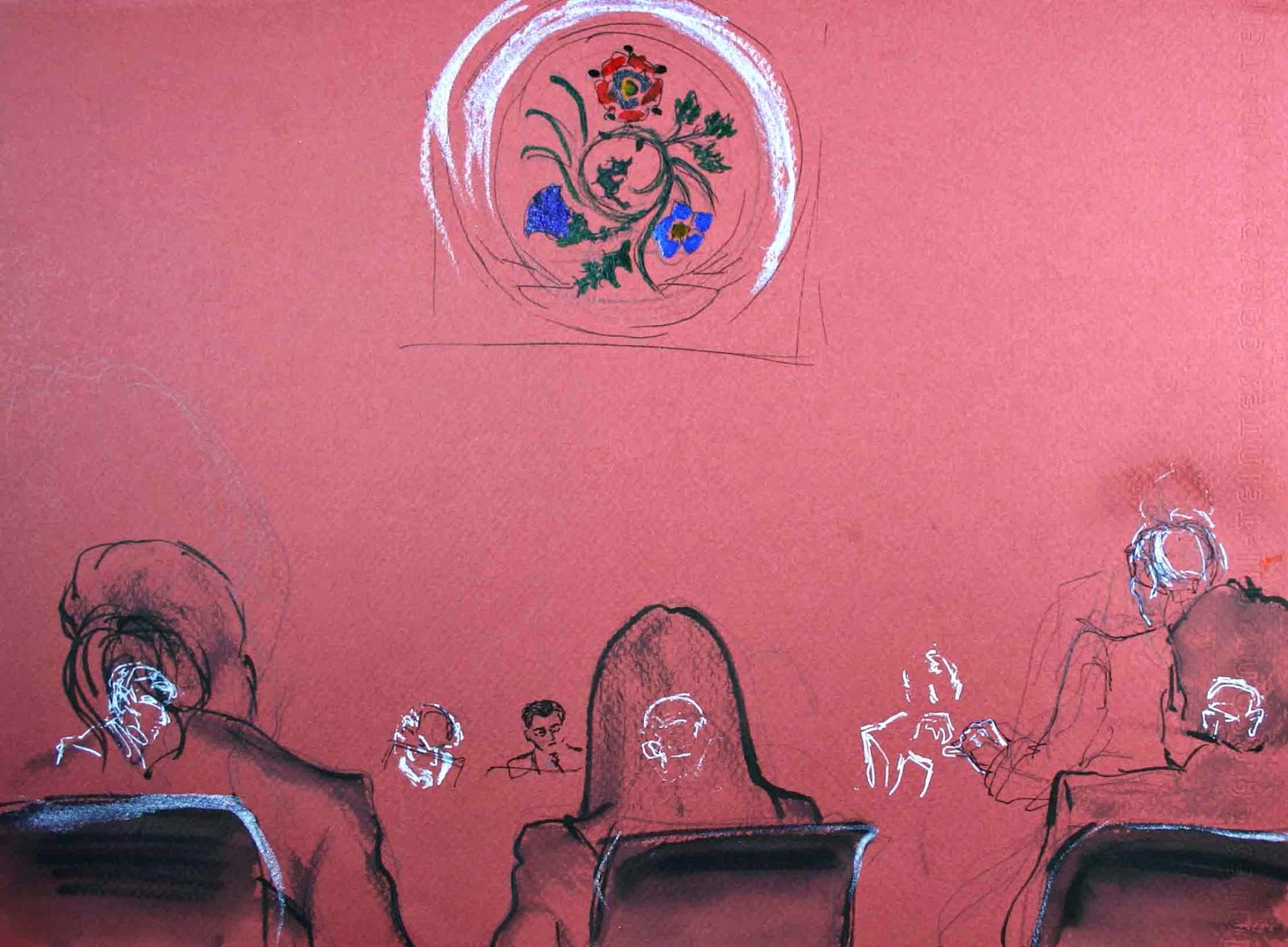 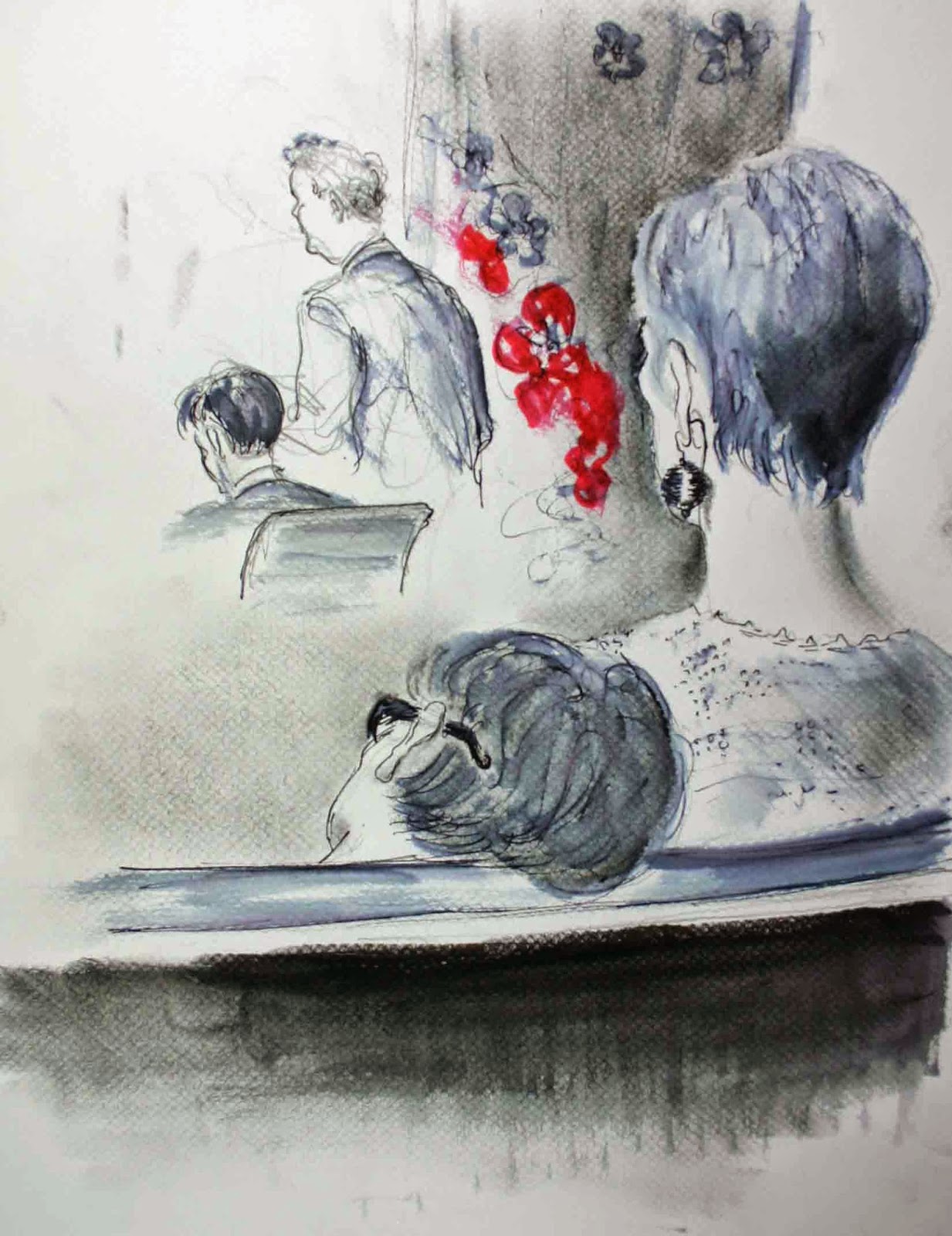 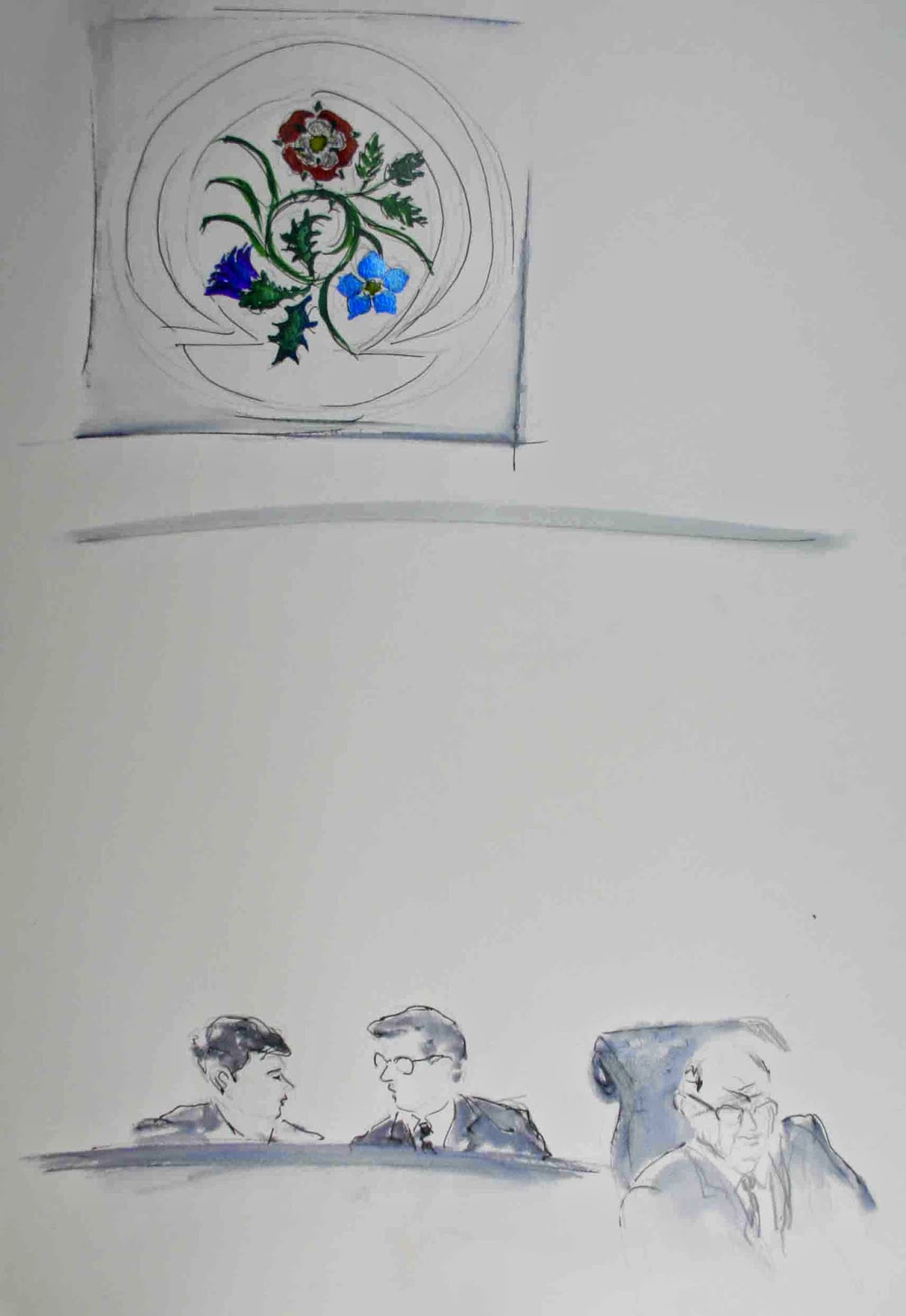 Posted by Isobel Williams at 21:31 No comments: 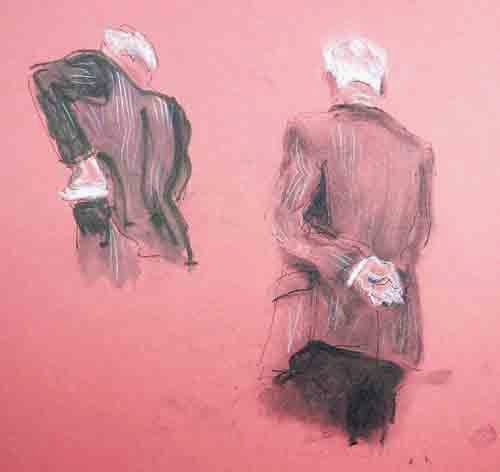 'We can't reconstitute the trust in the position of putting Humpty together again,' says the bench. How the images from our earliest years inform us.

Attentive young people fill the public seats today. If they're under 16 I need parental consent to draw them. It's harder for me to tell these days. I take a punt on it. They've probably got degrees and stuff.

Counsel is harking back to earlier customs - not always safe when living precedent is sitting in front of you. 'I worked in solicitors' offices fifty years ago and they weren't doing that then,' chips in Lady Hale. 'My husband did sixty years ago and he was.' 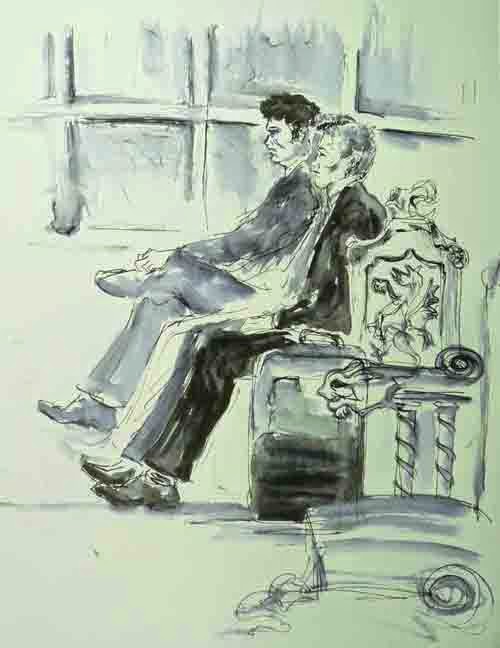 Today's case is about a trust fund wrongly paid away in breach of trust. Buried deep in AIB Group plc v Mark Redler & Co, Solicitors are the unnamed instigators who became bankrupt somewhere along the way and are referred to as 'the Borrowers'.

Hopelessly atavistic today - it was emotional at the opera house last night and I get the bends if I float back up too quickly - I think of the miniature people created by Mary Norton.

The anxieties and under-resourced improvisations of Homily and Pod reminded me of my parents when I read her books as a child. I recall my misery one Christmas when the cat was sick over the scarcely unwrapped Puffin edition of The Borrowers Aloft. 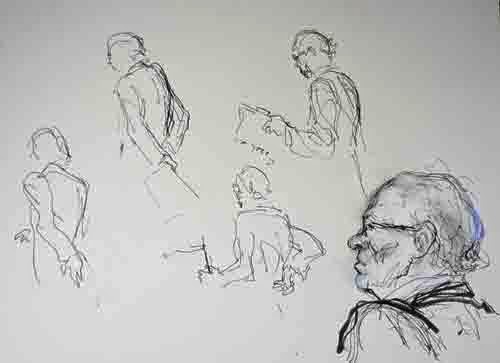 Back in court it's hands-behind-the-back today: when quizzed by the bench, there is a tendency for counsel to present a broad-shouldered front to the five justices while, out of sight, the dominant hand clasps the weaker, or a single hand is a node of tension.

An opera singer told me that some singers pour physical tension into one area of the body, when a whole-body approach to stance, balance and breathing would be better - for relaxation and vocal production, anyway, but that may not be the top priority in court for all I know. Maybe the hands help with that coiled-like-a-serpent-ready-to-strike thing. 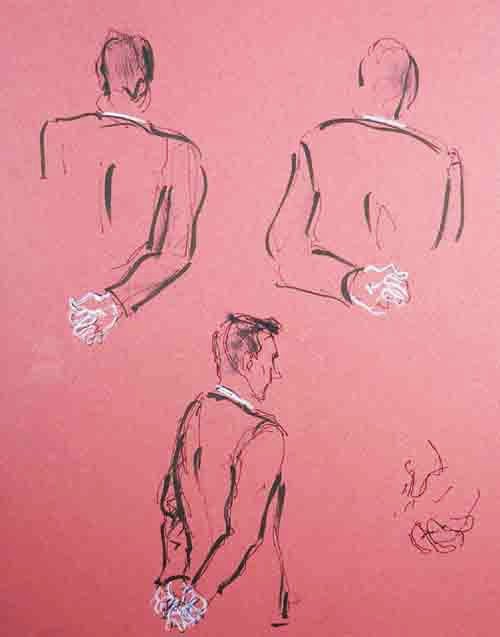 It all feels a bit on edge today. 'I can't draw a line precisely,' says counsel. Join the club, mate. 'If  we journey down the route of drawing the line more fuzzily...' Take it from me, that won't help. 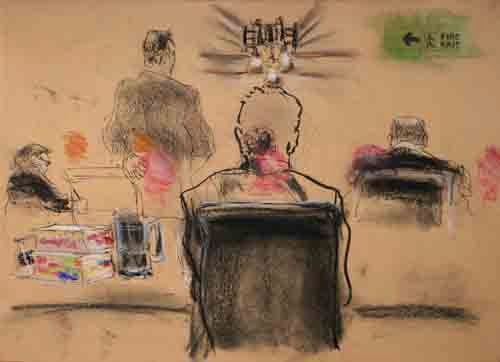 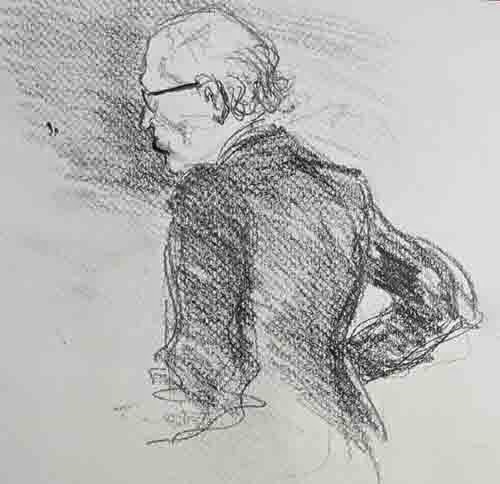 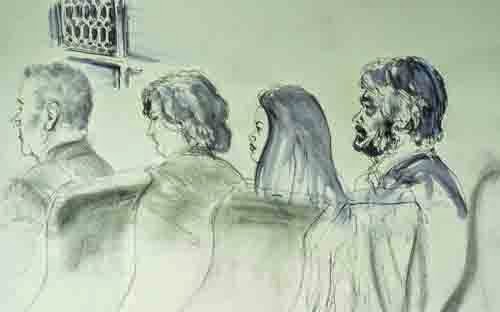 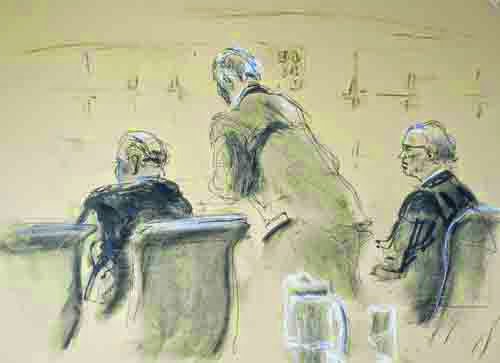 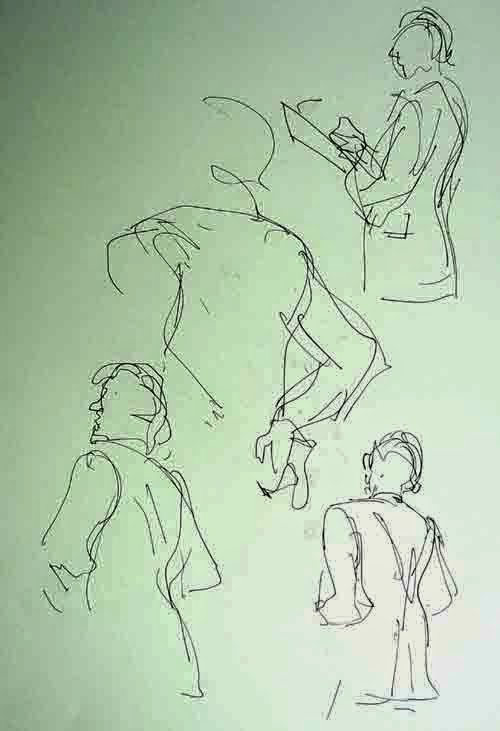 Posted by Isobel Williams at 18:12 No comments: