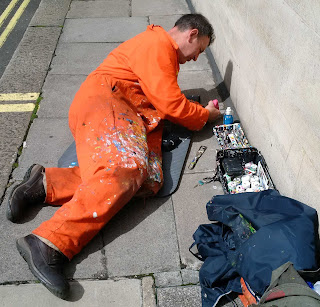 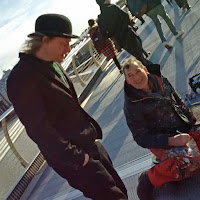 
Posted by Isobel Williams at 14:22 No comments:

Is this the source of Paddington Bear's pop-up? 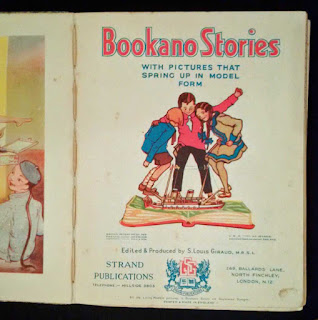 Watching Paddington 2, I get a Proustian jolt when the big-hearted bear opens a faked-up film-prop antiquarian book and Tower Bridge pops up: as a child I had a real version of this.

But where is that book now? I thought it was among the hundreds of musty tomes I'd smuggled into the house after my parents died. I ransack the double-stacked shelves, constantly distracted: Cockney Stories of the Great War, World War II knitting patterns, anything by P. G. Wodehouse...

Can't find it. What the hell. I get another on eBay.


Bookano Stories 'with pictures that spring up in model form' were produced almost annually between 1929 until his death in 1949 by S. Louis Giraud, who coined their name with its deliberate echo of Meccano. His 'Strand Publications' was based in North Finchley in what is now a ready-made curtain outlet. The paper engineer Theodore Brown is not credited. 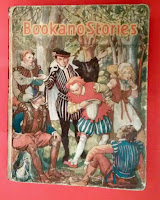 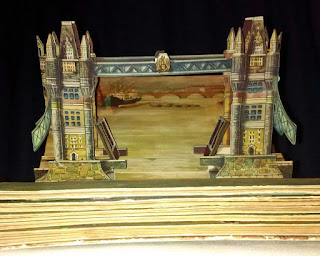 This is the penultimate issue, number 16. Growing up with John Tenniel, Phiz, Phil May and Aubrey Beardsley, I knew its black and white illustrations were not top notch. The materials and colour printing are cheap and cheerful.

A boffiny article about how Tower Bridge was built is absorbing, but there is nothing in the twee rhymes and stories to detain us. An account of As You Like It (plagiarised from Lamb's Tales from Shakespeare) is shoe-horned in for some cultural cred. 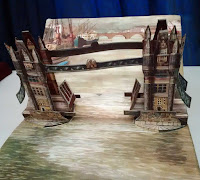 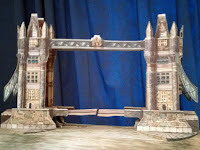 But the book, being a childhood companion, was more than the sum of its parts. The online interloper lacks the the aura of our lost copy, which served as one of the silent, solemn household guardians lining the defensive walls. 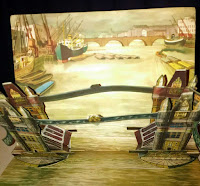 Posted by Isobel Williams at 17:56 No comments: