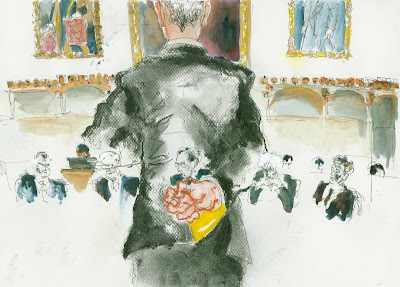 'I accept that we told a lie,' says counsel, meaning his client.

Today's case is about fraudulent devices. I feel right at home:  I was the victim of one the day before.

A Lebanese loop, I now know, is one of those things that thieves put in cash machines to get your money. 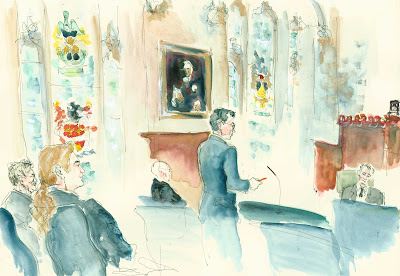 When the machine outside Tesco's starts behaving oddly I should just stand by it like Greyfriars Bobby and call the cops.

But I mistakenly go to get help - and when I get back with a Tesco employee in tow, a scruffy man is fiddling with a bit of black plastic in the card slot. His two accomplices are close by, like coiled springs, poised to fly. Between them they have got my cash card and the money I was trying to withdraw.

'What are you doing?' I ask Mr Scruffy. Over and over again. 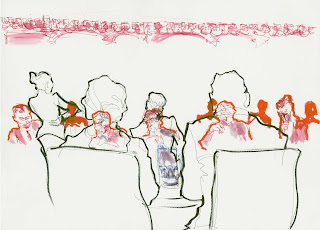 Today Lord Toulson asks counsel the same question, or rather, 'I'm a bit puzzled. Why are we here and where are we going?' His forensic skills are better than mine and he gets a better answer than I did.

There is a silver lining: my bank is insured against theft (although we all pay for its effect on premiums). And there's a golden lining in counsel's bespoke jacket, revealed for a few seconds when he nervously flips up the hem at the back. 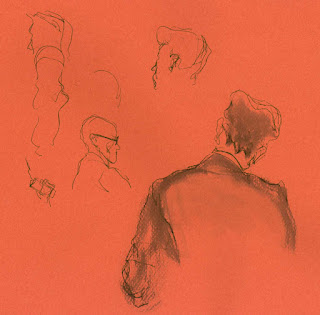 The bench refers to Basil D'Oliveira who lied about his age, fearing he was too old for the England cricket team.

'I knew that cricket would arise in court today,' says counsel, a young woman. 'I'm glad it's in a form I could understand.'

Later that day I read Anita Brookner's obituary in the café at the National Gallery, a perfect place for it. She also lied about her age but not to the England selectors. 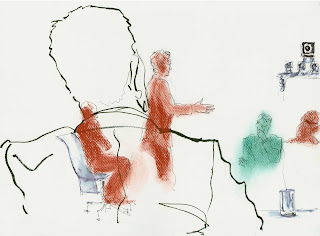 Versloot Dredging BV and another v HBI Gerling Industrie Versicherung AG and others is looking at two questions: does the rule by which a fraudulent insurance claim precludes recovery under the policy apply to fraudulent means or devices? And if so, is that contrary to Article 1 of the First Protocol to the European Convention for the Protection of Human Rights?

The narrative involves a stricken cargo vessel, a bilge alarm and a rogue mop head. 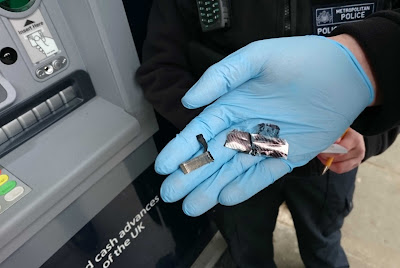 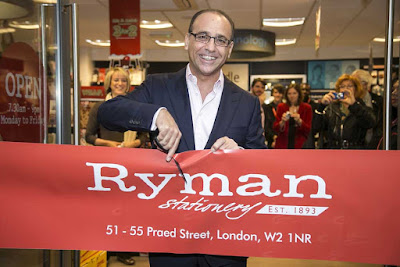 Stuart Brisley has turned the performance space at DRAF into a Beckettian hamster cage bottom lined with cellulose wreckage.

The Sound of Music's 'brown paper packages tied up with strings' are being ritually slaughtered.

He paces up and down, ripping, slashing, smashing, the audience moving their heads like tennis spectators in slow motion.

The performance is called DRAW and we are all draught animals, lugging our baggage through random obstacles. Spectators are not allowed to draw but lines are made by Brisley's passage to and fro and by the gaze of his wife, pointing her camera at him and us, bathing her husband in the Nancy Reagan full beam, subtly signing to audience members how they should come and go. Brisley milks a bolt of clingfilm, squeezing it into a giant strand of spider's silk, stretches it across the space to draw a low diagonal, hitches it to a fallen metal stepladder, crashes the stepladder into broken props.

The audience is as silent and reverential as at the Wigmore Hall. There is a harsh echo as he destroys chairs with a rhythmic, petulant aggression: the 82-year-old body has a bull-like drive tempered with a sense of stiffness and ache. An old brown leather jacket suspended from a beam reveals the guts of its its lining and resolves into the uncured animal smell as Brisley cuts apart flaps of skin. A man wearing a newer version of the jacket walks in and sits down.

Brisley wipes the face of a heavy six-foot mirror to blur it, then slowly carries it before us, the cross he bears which reflects us all. Just as I'm finding this de trop - there's plenty of human condition stuff here already - he rests the mirror in the most annoying place possible so that I may now admire, if I wish, my cosy faux fox collar from Helen Moore.

Three dining chairs, in a sofa-less room, were enough to sleep or have sex on (see eighteenth century journals) but Brisley orchestrates three chairs by resting a door-sized panel of thick white MDF on two and grinding the third chair on top of the resonant panel to make sounds like whales, double-bass harmonics, trombone triple-tonguing. Someone in a neighbouring building obliges with an electric drill. There are sirens in Camden High Street and the Northern Line rumbles below.

Brisley carries on with methodical determination, occasionally gargling like a distressed waste-disposal unit. A touching counterpoint comes from a little girl intoning 'Daddy?... Daddy?... Daddy?' with a note of urgent query, a Sylvia Plath in the making, but sadly her parents, earnest and tight-lipped, remove her and themselves.

As the chairs meet their violent end I'm reminded of My End-Of-Pier Shame. I fell through a tip-up seat at a variety show. I was quite small. The magician seized on this moment and kept returning to it. I wished him or myself away. 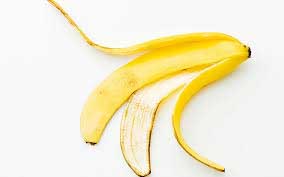 
Posted by Isobel Williams at 14:12 No comments: