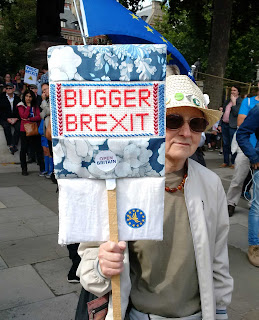 People wear the flag any way they can. A woman with a seaside-postcard cleavage is wearing a plunging tight blue sheath dress and gold stripper heels. She sits next to the statue of Mahatma Gandhi in Parliament Square. 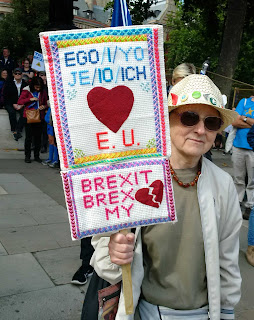 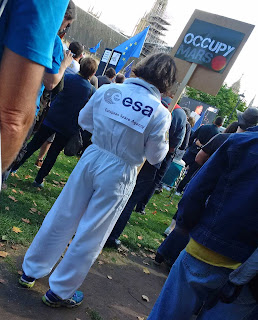 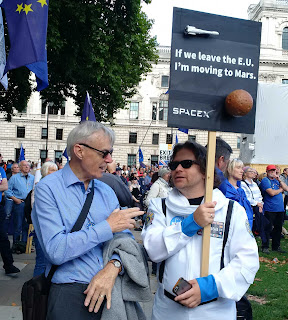 David Davis has said: "Half of my task is running a set of projects that make the Nasa moon shot look quite simple." But he's having a bash, on our behalf. Marvellous.

Brexit threatens to harm the UK space industry. Athough the European Space Agency sits outside the EU, a third of ESA programmes have EU funding. The UK is preparing to shut itself out of those.

The speakers here are a mixed bunch. Protest marches depend on volunteers and donations. But we're trying to look like the top team, not something dumped outside Oxfam in a bin-liner. So can we apply a bit of quality control? Be ruthless about who's allowed to speak. Set time limits. Screen out the ranters and the laboriously unfunny. Jab speakers in the arm with a darning needle if they go on too long. Today an emerging star is Conor McArdle, a twenty-year-old law student from Northern Ireland. 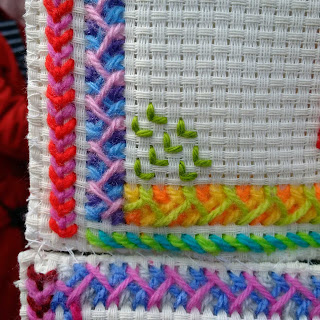 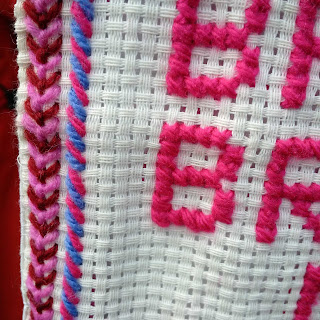 Posted by Isobel Williams at 21:16 No comments: