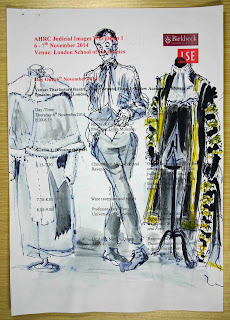 You can't judge a book by its cover but I'm covering a book with judges' untenanted robes.

The editors say they'd like a cover picture based on this sketch, but without the man from Ede & Ravenscroft (the temple of judicial costume). He is Christopher Allan, the company's Court and Ceremonial Manager, here addressing an academic workshop organised by judicialimages.org.

I mull over a few other ideas, including this next one, but we stick with the robes. 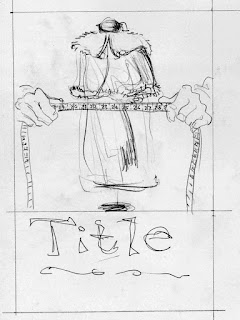 I need to inspect ceremonial garb for the Court of Appeal (black and gold), High Court (red) and Circuit Bench (mauve and black), so I head for the Chancery Lane emporium. As I enter, a QC sprinkled with Supreme Court stardust is leaving; he beams into the sunshine, a happy man.

Chris kindly sets up the robes on dummies. They are in beautiful condition, just raring to go - unlike the peer's robe awaiting repair in the basement, with grubby ermine and ripped hem, which looks as if it saw action at the coronation of Queen Victoria. 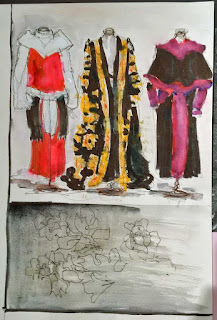 Back home, I do a rough sketch in ink, felt tips and waterbrush.


Then I do another version in ink and watercolour. 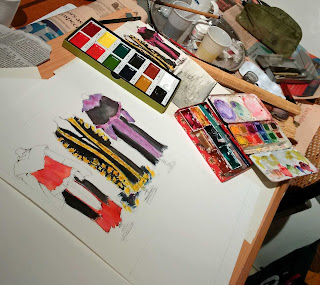 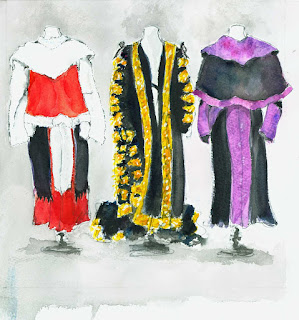 Then, because I would be happier if the robes were inhabited and moving around, I do a faster degraded version in ink... 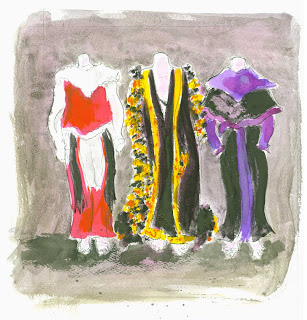 ...followed by some ink splodges. 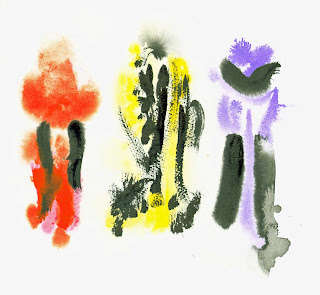 The title lettering might need a dark background so I proffer a rough ink and wash drawing of figured damask, based on but not slavishly copied from the Court of Appeal robe. 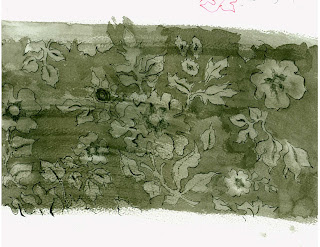 Debating Judicial Appointments in an Age of Diversity, edited by Professor Graham Gee and Professor Erika Rackley, is published by Routledge in 2017.

And if you aren't qualified for an Ede & Ravenscroft uniform, don't despair. My party outfit here is assembled from H&M, a jumble sale, Portobello, Oxfam, Claire's, Rigby & Peller and a gift from the law firm Simmons & Simmons' Black Museum of Passing Off.
Work sheet: 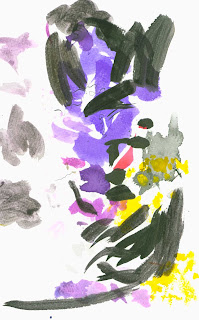 Posted by Isobel Williams at 16:46