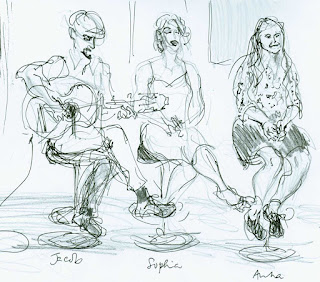 Then we're let loose on law and arts in crime settings. I give them the Nuremberg trials, the Naked Rambler, Marie-Antoinette and a whole lot more, knocking over a glass of water for added attention-seeking. The keynote speaker, sensing my shallow neediness, says it was 'fantastic' and that's all I want, frankly. 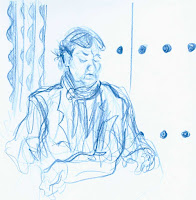 A team-building exercise in a field is too close to school-sports trauma for me so I opt out, sit on wet grass and grumble. Here is a group trying to build a raft. 'What is a raft? We should have a man on the team.' 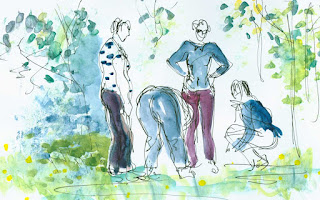 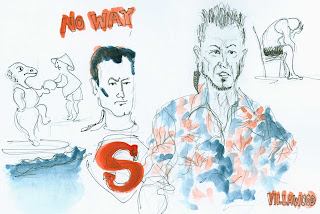 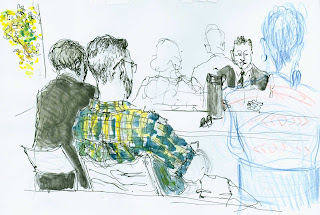 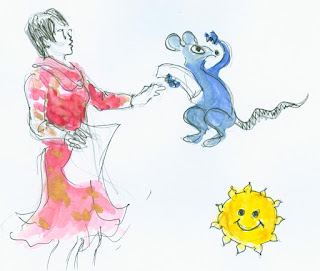 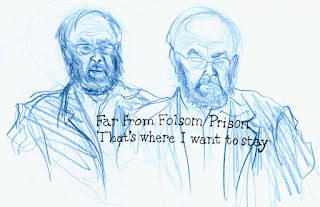 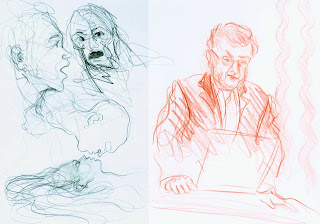 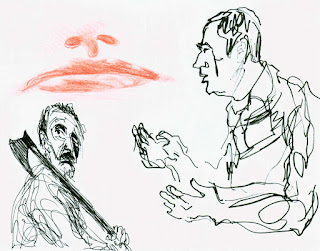 Posted by Isobel Williams at 18:52