Through the eye-holes at the Ashmolean Museum 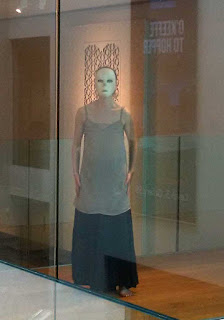 As I leave the Japanese galleries I glimpse a masked dancer behind glass in a corridor. The convulsive anguish of her movements and the pale set face make me think of kabuki theatre and shibari (Japanese rope bondage) which I draw for another blog.

Some people pause to watch; school parties giggle; the dancer is an importuning wraith trapped in the architecture. 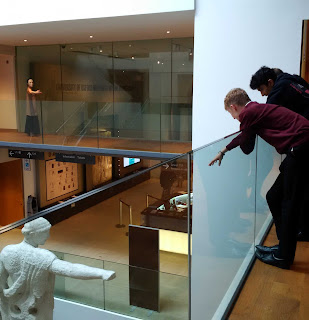 There is a trend to use museums and galleries for professional performance and random flailing by the public: it is deemed a privilege for punters to turn their back on the works and work out. This can expose vulnerable exhibits to impact and vibration. Today, however, no artefact is in harm's way: the dancer is a nimble flyweight positioned in empty passages.

On my way out I find an information sheet. The inspiration is not Japanese after all. 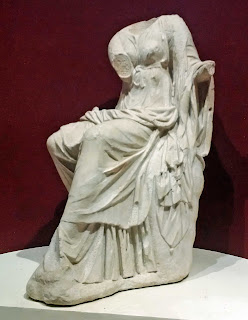 The title is based on the museum's Roman marble statue of a seated woman minus head, arms and harp who might represent Terpsichore, the Greek muse of dance.

Marie-Louise depicts women from Ovid's Metamorphoses: Myrrha, Philomela, Medusa, and Pygmalion's nameless marble statue who comes to life and, in later versions of the story, is called Galatea. 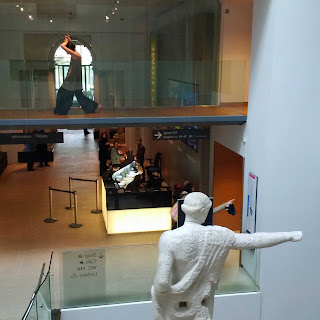 Marie-Louise Crawley devised this work while artist in residence at the Archive of Performances of Greek and Roman Drama where she also contributed to the APGRD's Leverhulme-funded 'Performing Epic' project. Please contact the Ashmolean Museum in Oxford for details of future performances. 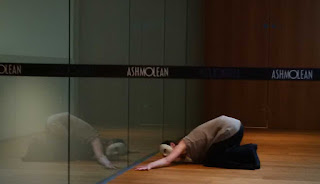 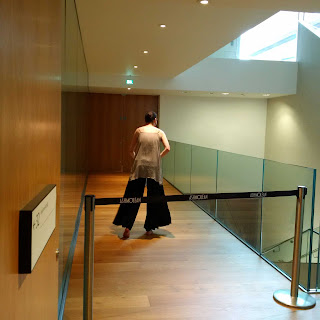 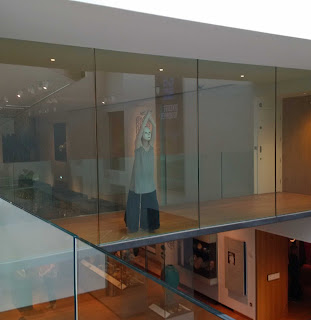 Posted by Isobel Williams at 17:02