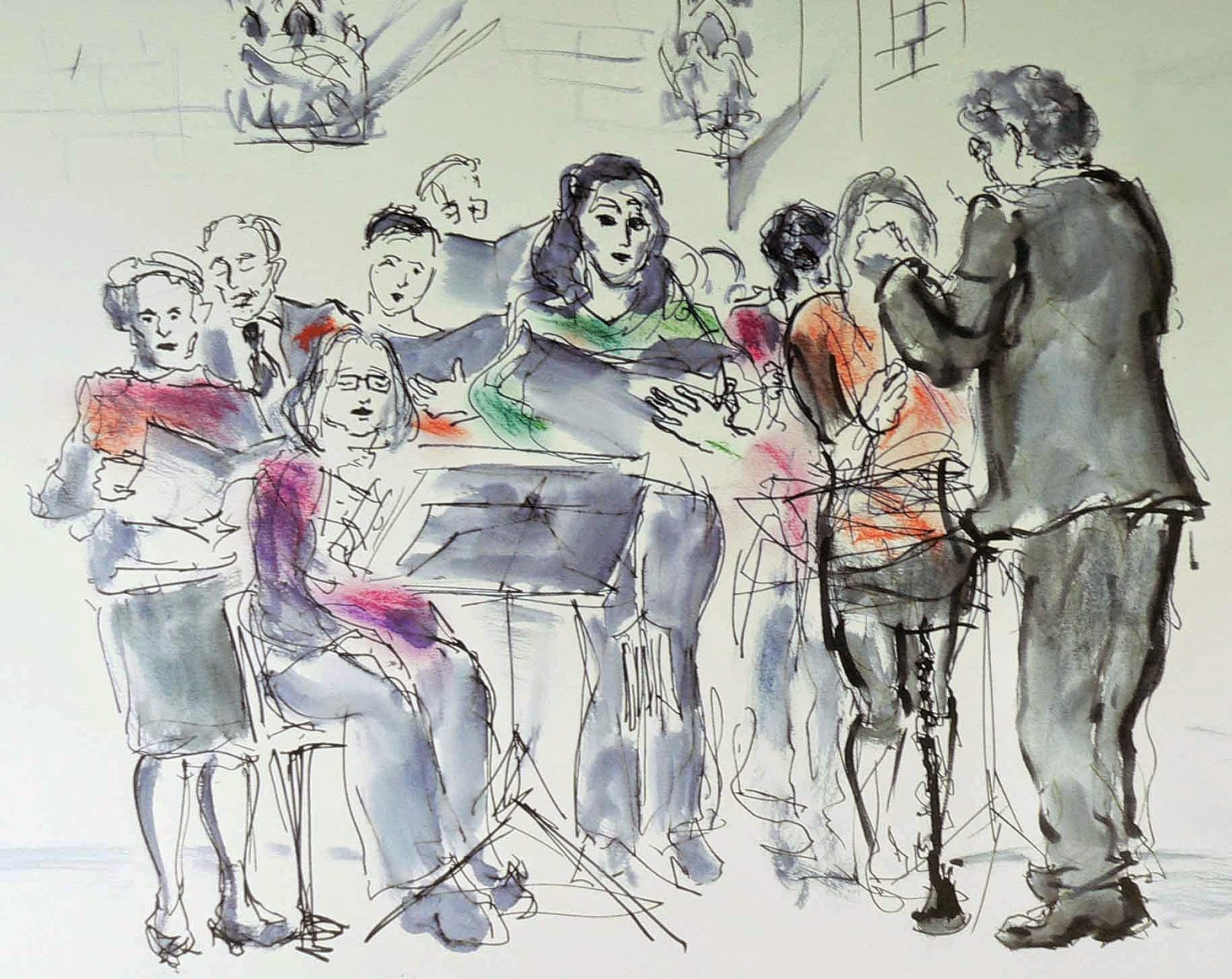 I owe my worst musical experience this year to the man sitting behind me at a Prom. He declaimed AT SALZBURG I PAY SIX TIMES AS MUCH then, during a barely audible passage of Debussy's La Mer, announced IT'S VERY GOOD ISN'T IT.

Contenders for the best are Dialogues des Carmelites at the Royal Opera and, in the amateur section, the Treasury Singers' performance of Jesus Christ the Apple Tree (Elizabeth Poston's setting). 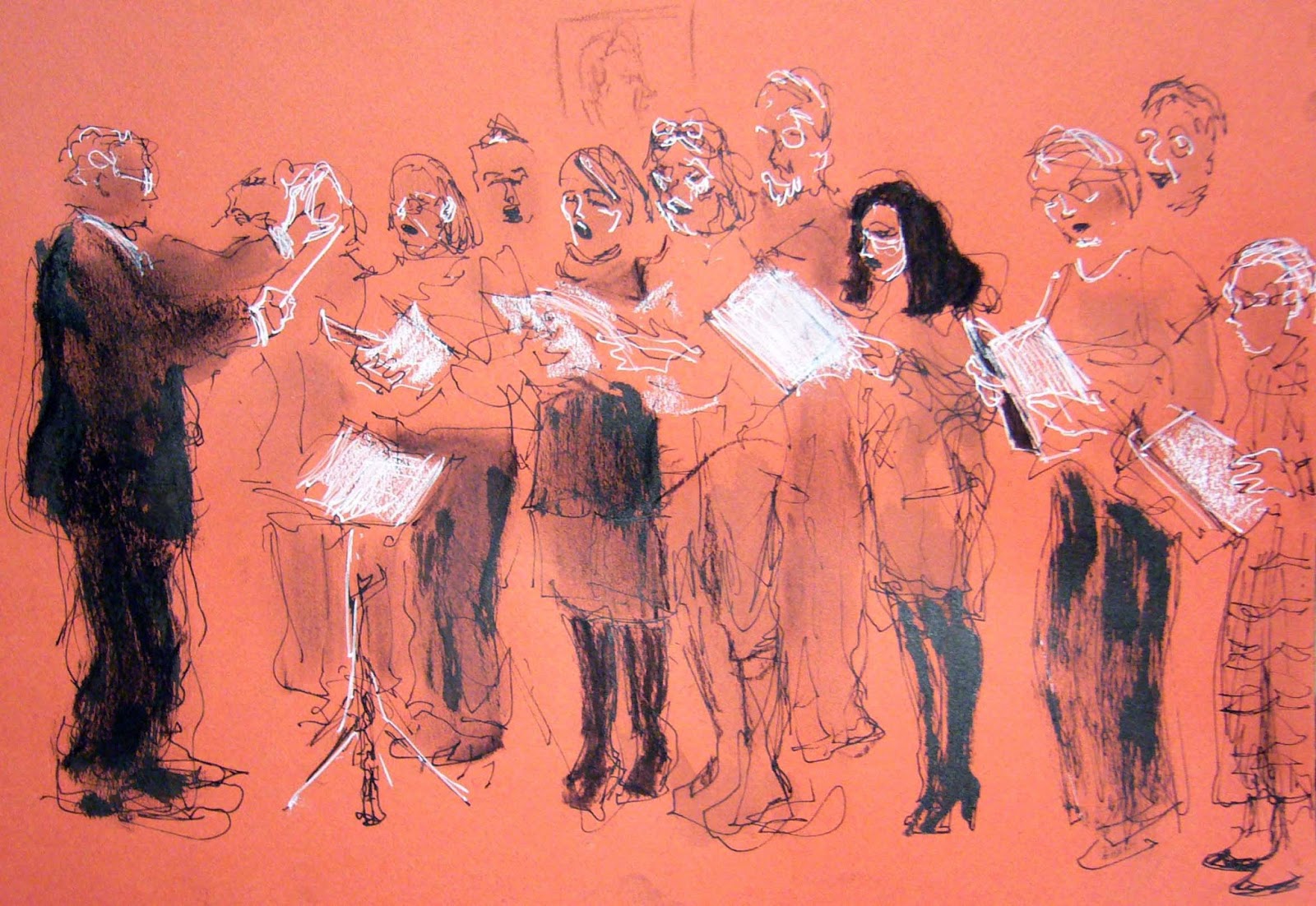 Their annual lunchtime carol concert at the Supreme Court is not flawless, which is a relief. I'd rather they concentrated on their Treasury jobs than rehearsed all the time. But the poised, sincere soloist, Debbie Edwards, and their pure shiny amateur enthusiasm pierced this godless heart. They have an excellent conductor, Edward Adams. Sadly this is his last year with them.

The drawings here are from 2012, 2013 and 2014. Last year the singers helped to make the Nicklinson 'right to die' hearing bearable: they supplied reassuring human continuity within a solemn context. Carols aren't just about wassailing.The holly bears a berry as red as any blood, as bitter as any gall, as sharp as any thorn. 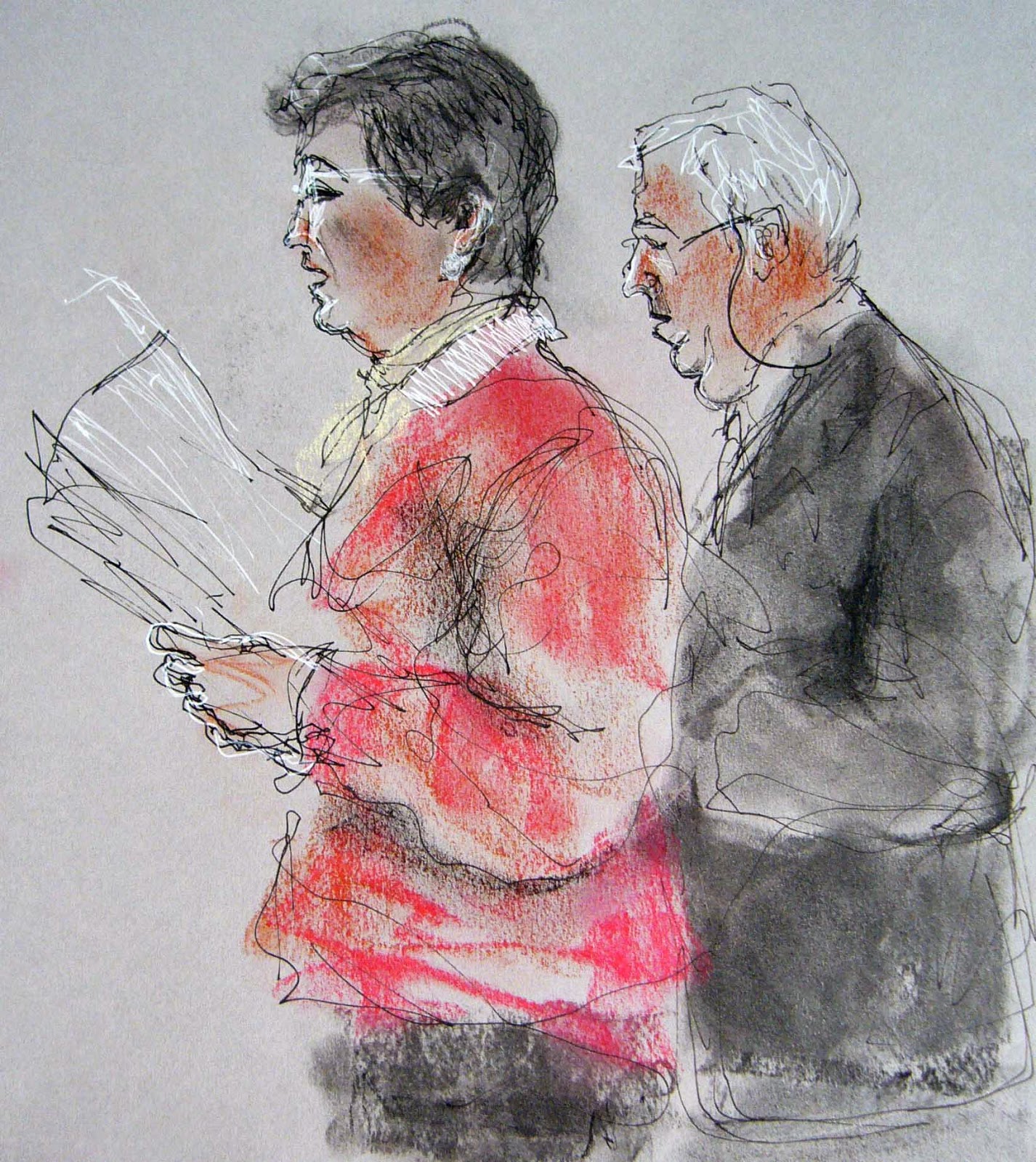 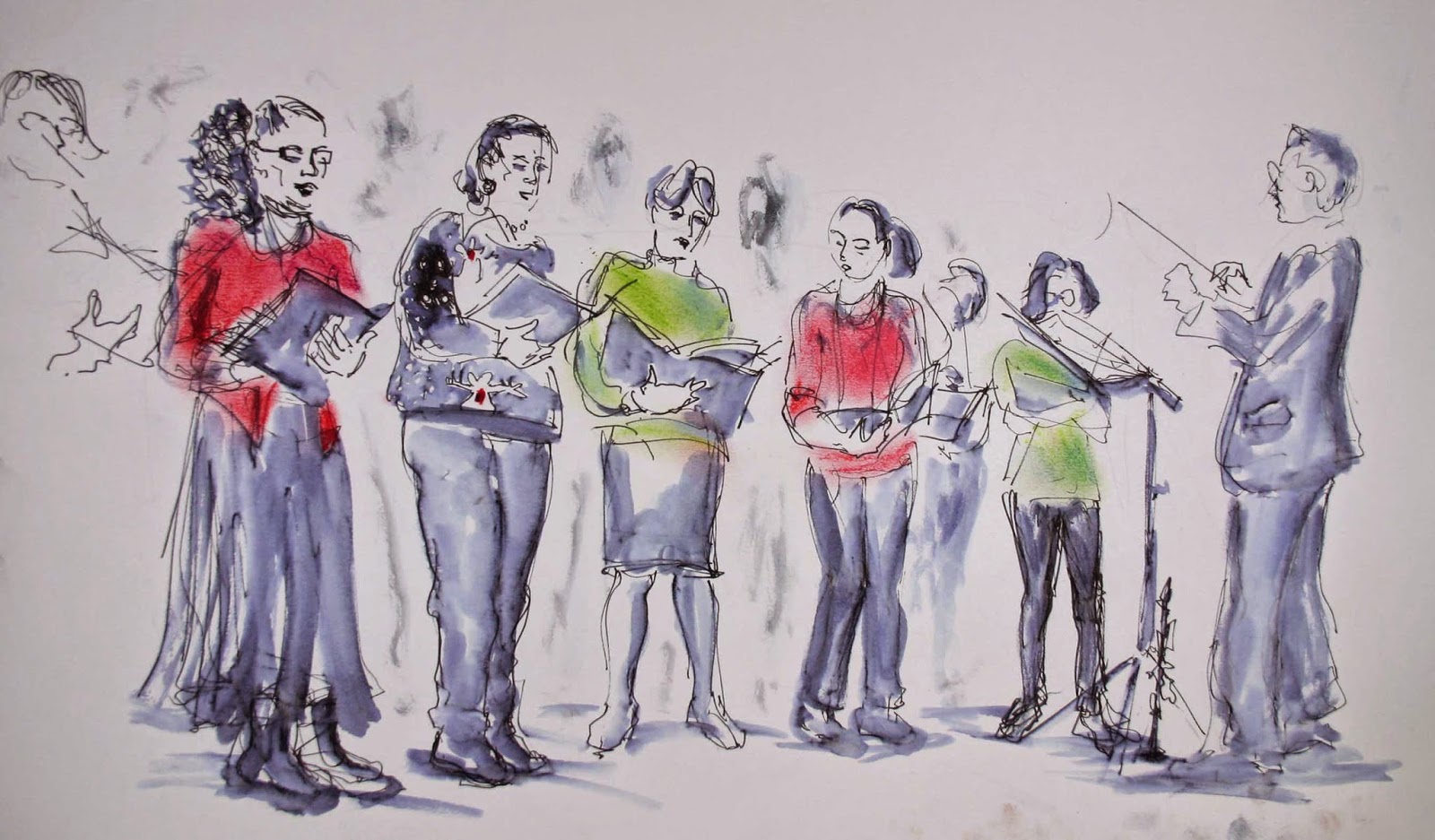 There is a secular apple in the Supreme Court, made of glass, a gift from the Vice President of the Judicial Yuan in Taiwan. The two birds represent happiness, good luck and prosperity. 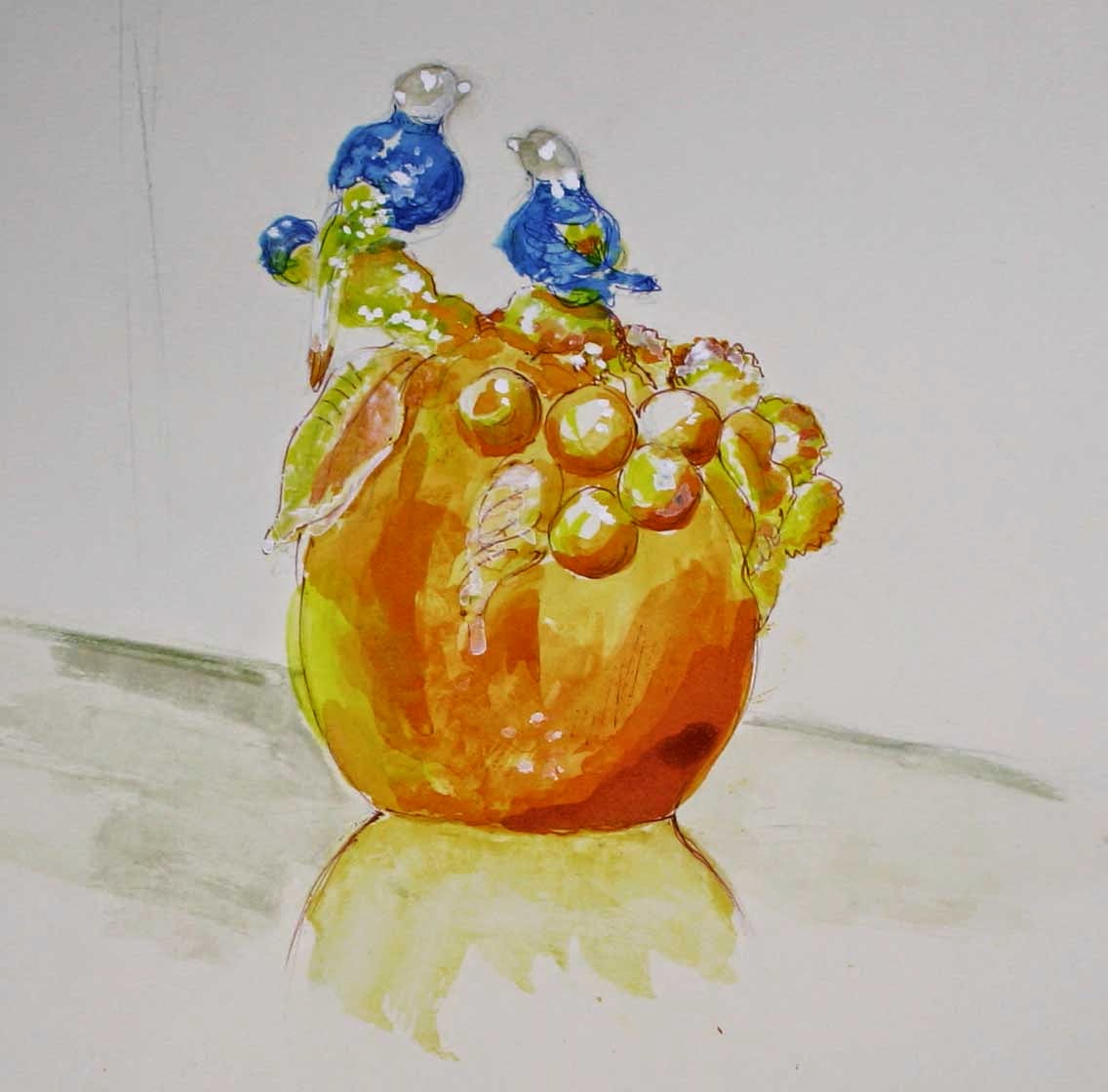 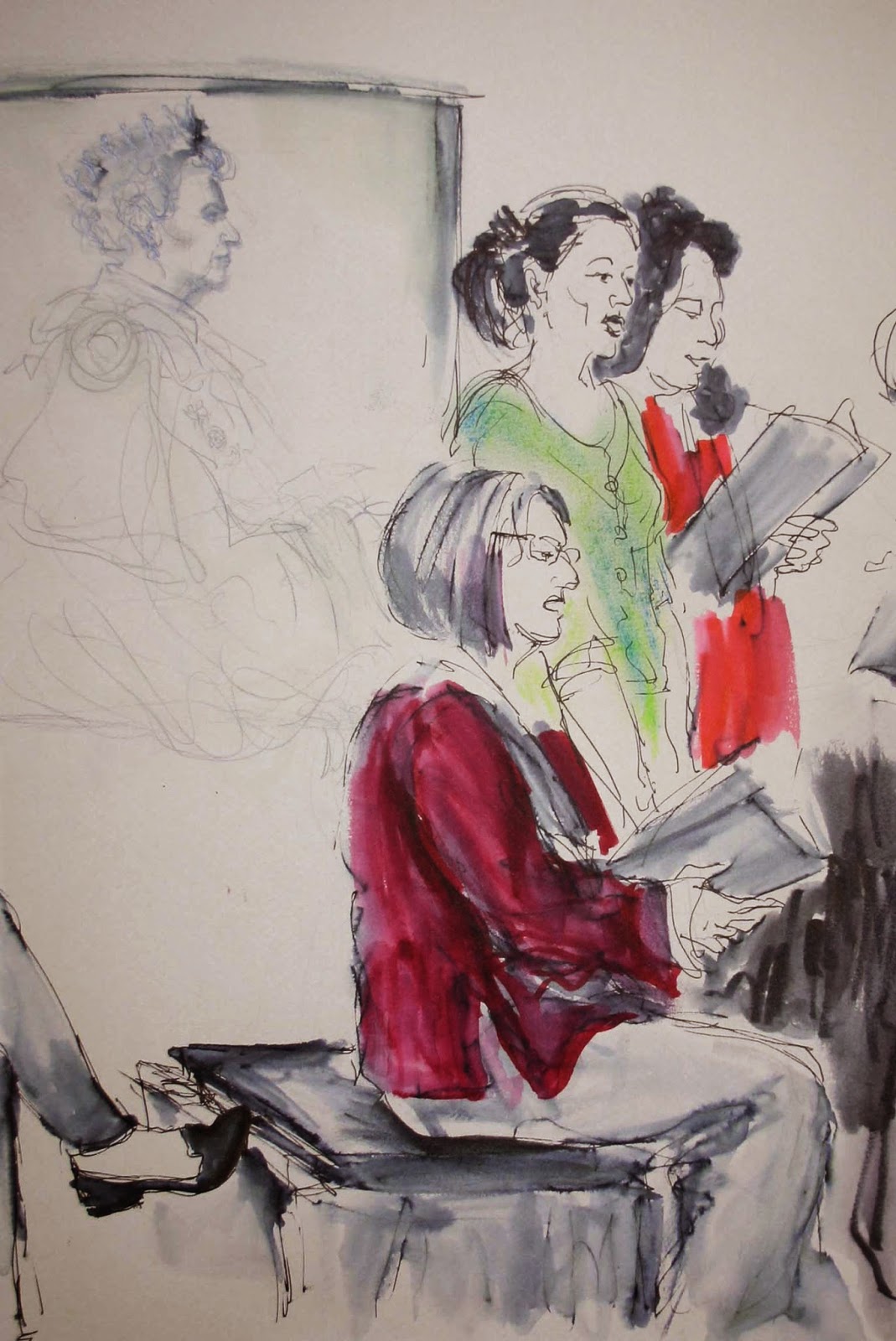 Posted by Isobel Williams at 18:06