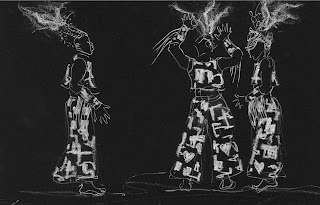 A tiny carnival sound: the tinkling of a miniature laughing gas canister being flicked into the gutter by the tyre of a police van going up Portobello Road.

Visitor numbers are clearly down this year. The capitalists around the corner, who sell loo visits in their stucco villa for £2 a time, confirm this. The house is not well signposted, unfortunately for the woman who has to squat between two cars parked in the next road while as usual men are relieving themselves openly. 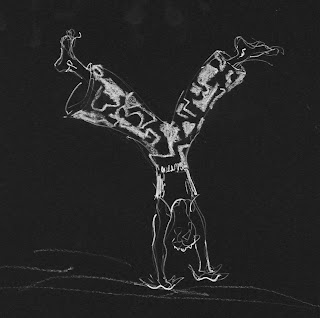 My carnival split personality cross-examines itself every year. Like all residents I obsess about the lavatory arrangements, but I also sketch the carnival. This year I go to see Elimu Mas Band getting ready in mas camp on day one, the children's day.

The still centre of calm is artist and carnival costume designer Helen Davenport, whirring away at the sewing machine to make one last skirt and deftly threading synthetic boning through the hem. She reminds me of Leonardo's Vitruvian Man. I am blown away by the ingenuity of her fresh monochrome designs for the children, eye-catching among the traditional brights, skirts swaying at a sharp angle (for photos see @heluvartist on Instagram). 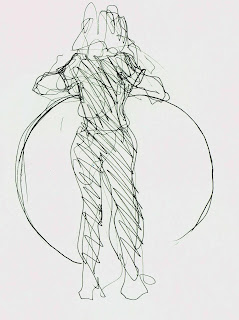 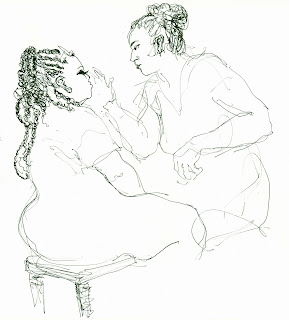 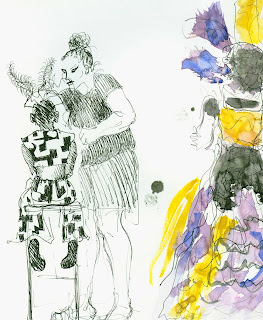 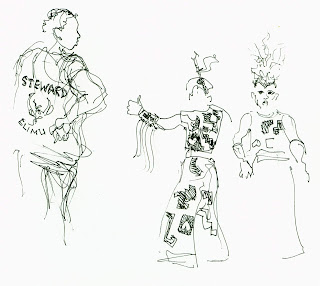 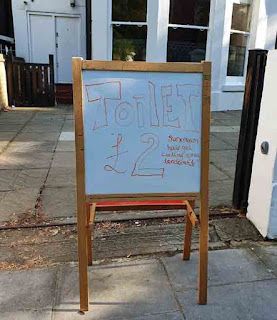 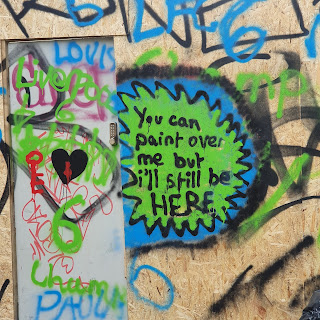 At 6pm the police are issued with high-vis jackets. I wander around with a friend. 'We are an unhealthy nation,' she remarks, looking at the round proportions of some of the riot police. A beautiful police horsewoman rides by like a mediaeval princess. We walk through the knife-scanner arches without attracting attention.


There is a sea of single-use plastic. I point out the spent toy balloons, lethal for wildlife, used with the laughing-gas canisters. 'Waste of time,' she says. 'You feel good for five seconds then it's over.' 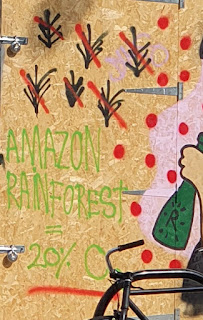 Posted by Isobel Williams at 01:20