The Supreme Court: a guide for bears 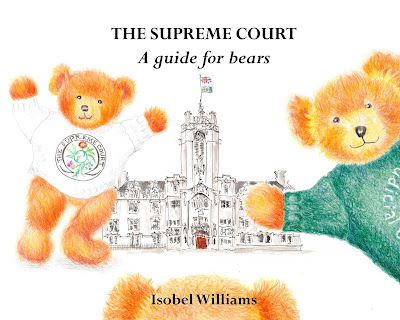 This is a picture book for people who like bears and litigation.

One day I bought a Supreme Court pen and pencil and used them to draw a souvenir bear which was on display. 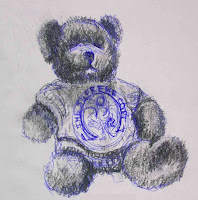 I then bought a bear and drew some putti around the view from the public seats of Robert Howe QC. 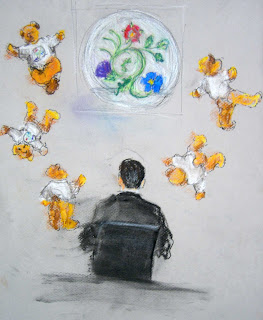 Some people are a bit snooty about the fact that the Supreme Court stocks bears, along with Christmas tree baubles, baseball hats, bone china mugs and other goods. As a tax-payer I'm happy if they can make a few bob and, more importantly, good-quality souvenirs help to spread information and goodwill. 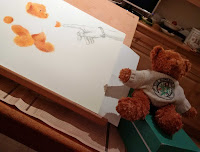 I occasionally draw real life scenes from the public seats, with the Court's permission, but I did most of the bear drawings at the kitchen table - a home from home for the bears, because the table had been made by Luke Hughes's company, which was involved in the design and layout of the refurbished court.


This project didn't make the front burner for a while. One delay was caused by doing rough drawings for a children's book written by someone else about the snail in the bottle case. She is seeking a publisher. Lawyers will guess rightly that this is the Stevenson tartan. 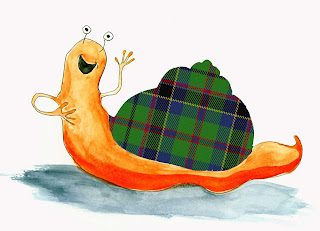 The final unpredictable interruption was a new magazine, Rowan Pelling's The Amorist, for which I wrote and illustrated a couple of articles.

The horror of self-publishing at least meant that I had control, even if I agonised over the choices. What size should the book be? Too late, I now know the answer: whatever fits into the pillar box near your home, so you don't have to go to the post office. 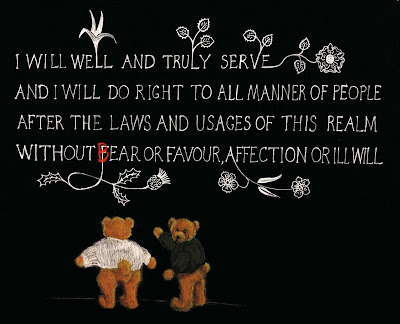 The choice of typeface was easy: Perpetua, as used by Faber in its poetry books. The bears' utterance on the back cover is in Gill Sans - they don't see the world in terms of serifs.

I left the front cover until last. I sat on the wall of a shrubbery on Parliament Square to sketch the building. 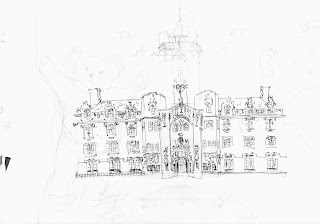 Then I took approximate layouts and the drawings to Dick Makin Imaging for imaging and book design. 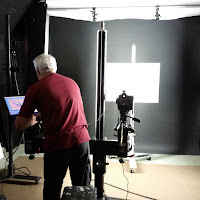 It was printed, very quickly and without drama, by Biddles.

“Isobel Williams’s drawings capture the essence of these inquisitive and endearing characters – and her words help bring to life some of the things they get up to when the Justices and staff aren’t looking.” – Lord Neuberger, President of the Supreme Court

"A charming guide for children and adults alike. Who knew there were so many bears at the UK Supreme Court?" – Joshua Rozenberg
Posted by Isobel Williams at 17:58