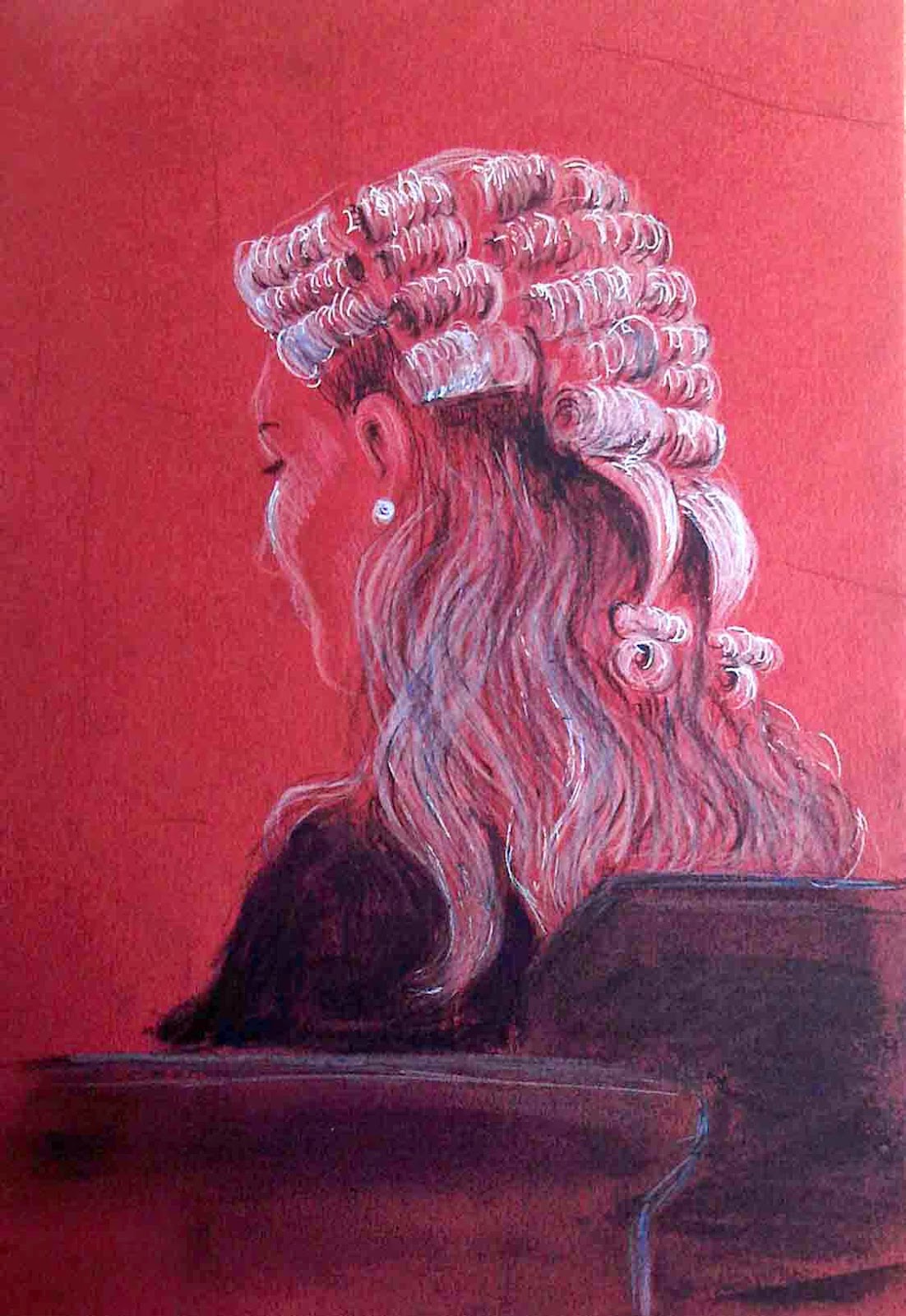 I've spoken in desiccated meeting rooms, ill-converted sweatshops and a pub in Farringdon where the post-punk audience smuggled in supermarket lager. Classy.

So it was very nice to give a slide show in the well-ordered surroundings of Court 2 as part of the Supreme Court's Museums at Night event in May, held in the spirit of open justice.

My theme was quick and dirty drawing, the kind I blog about here, and I pinched the idea from a sentence (taken wildly out of context) in Lord Neuberger's Tom Sargant memorial lecture last year called Justice in an age of austerity: 'In many cases, quick and dirty justice would do better justice than the full majesty of a traditional common law trial.' 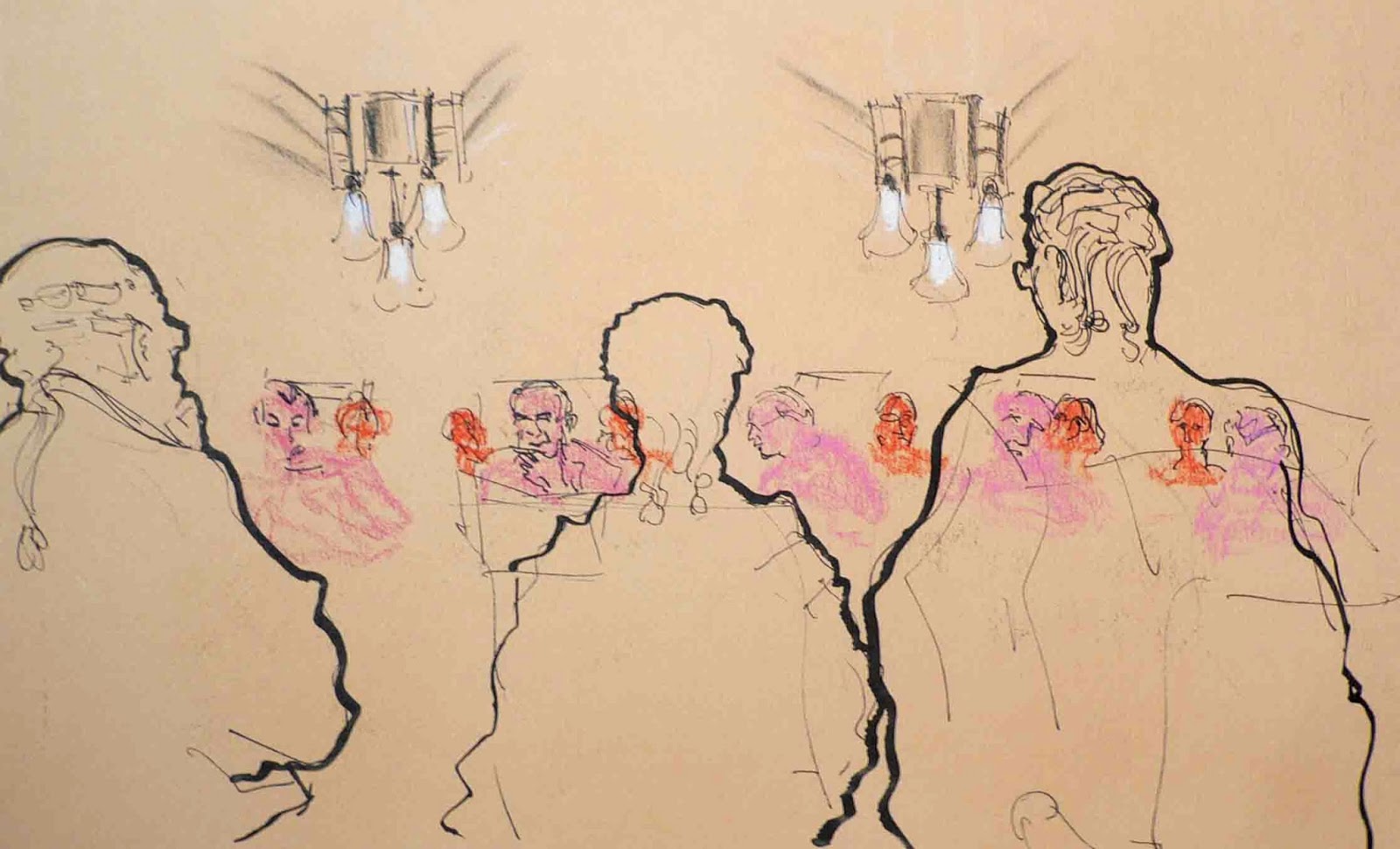 I showed how I emerged from the primordial soup of life class to draw and write about people under the Westway (where the A40 flies over Portobello Road). Then I depicted the tragi-comedy of Occupy's London protest camps before arriving at the Supreme Court, where emotions are inspired and yet mercifully cauterised at the same time by the legal process. It's all here on the blog. 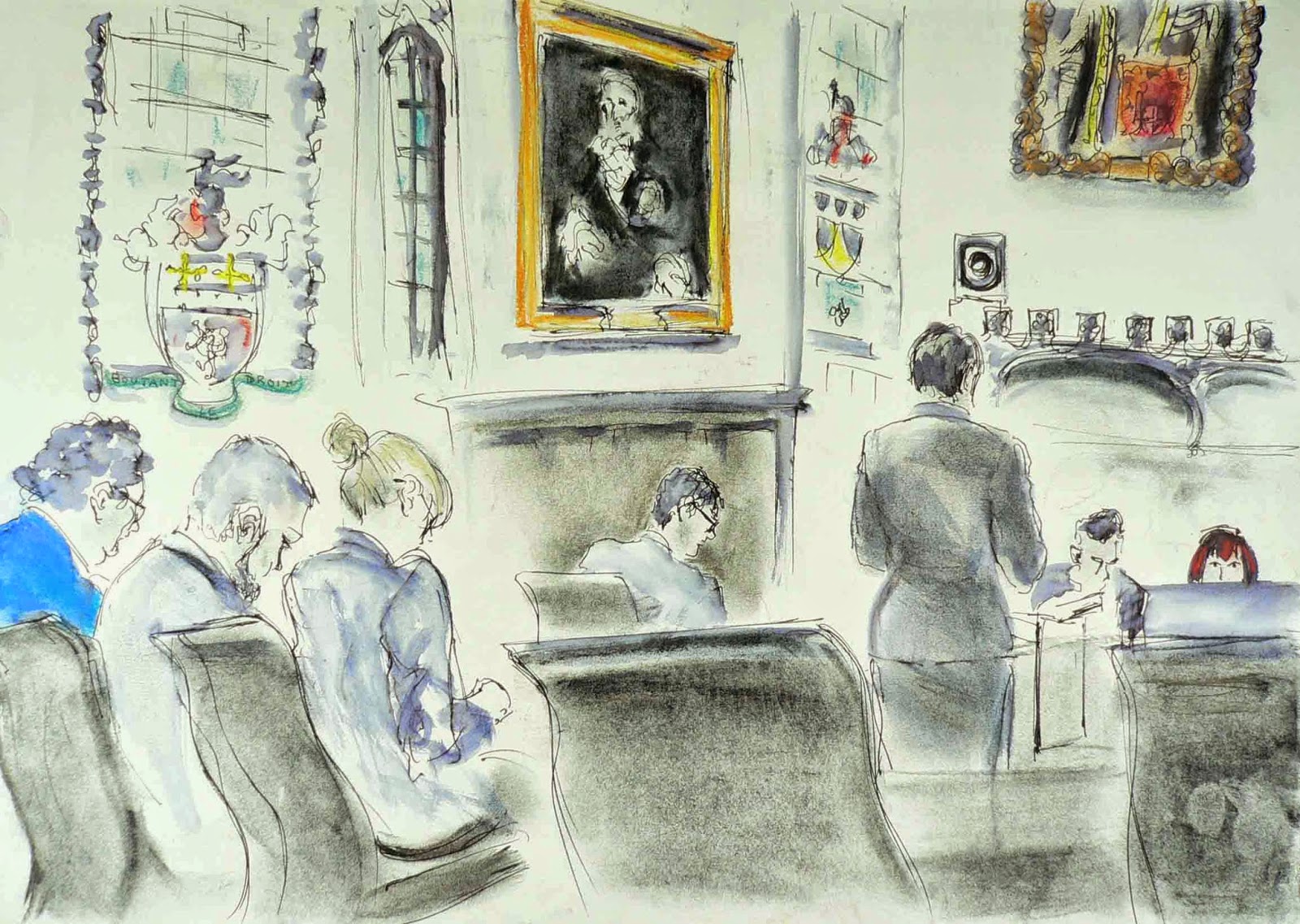 I invoked Hogarth, Dame Laura Knight (The Dock, Nuremberg - what a gig), Sir Peter Blake, an Expressionist Occupy protester called Rupert, Sidney Paget (creator of the iconography of Sherlock Holmes and great-grandfather of Michael Paget of Cornerstone Barristers), and Jacques-Louis David, whose sketch of Marie-Antoinette en route to the guillotine is the ultimate quick and dirty legal drawing.

I handed out postcards of the three drawings above.

Among the other entertainments was the Inner Temple Drama Society's jolly murder mystery in Court 1. The sketches below are from a rehearsal. 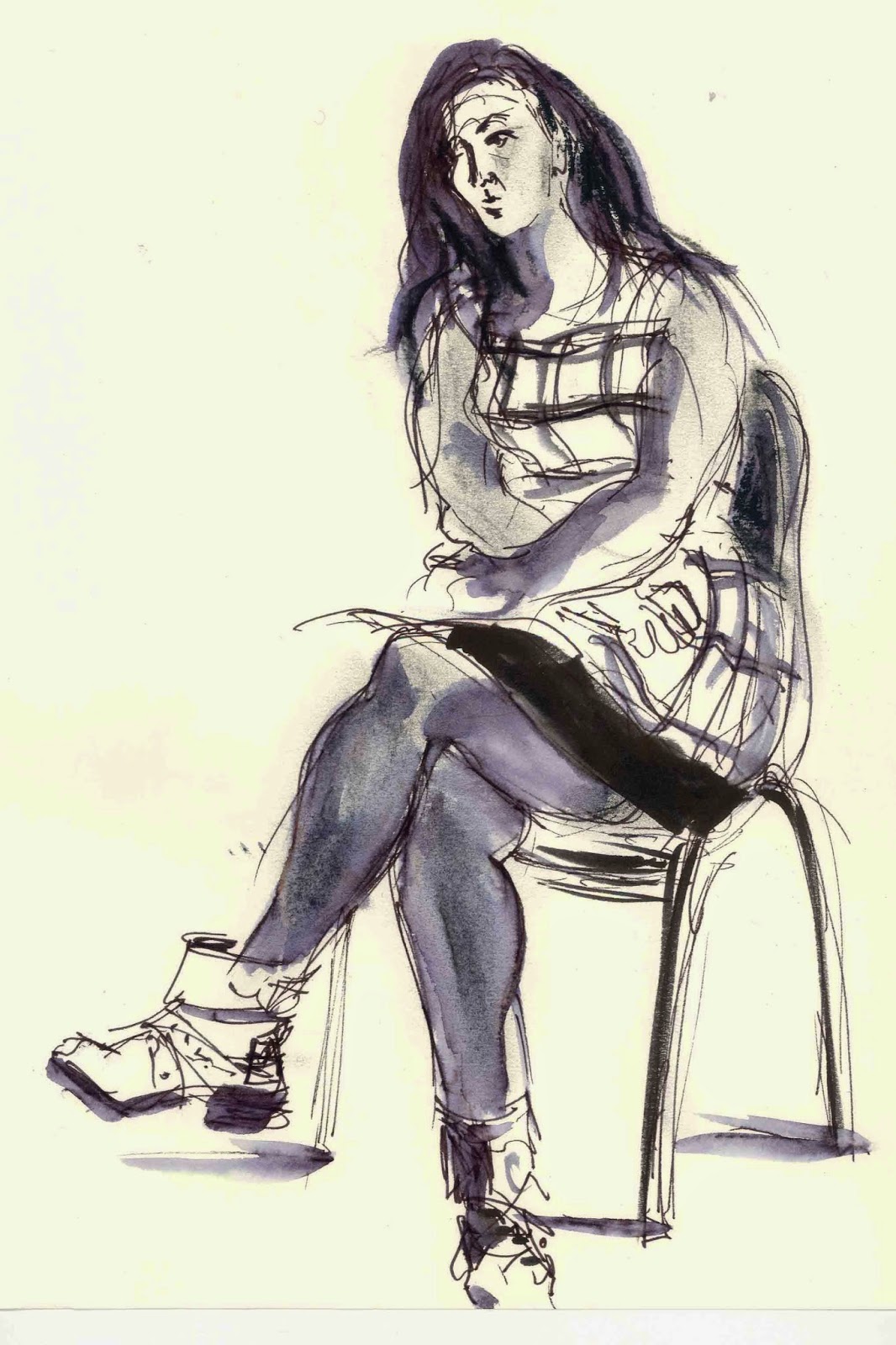 Posted by Isobel Williams at 12:50