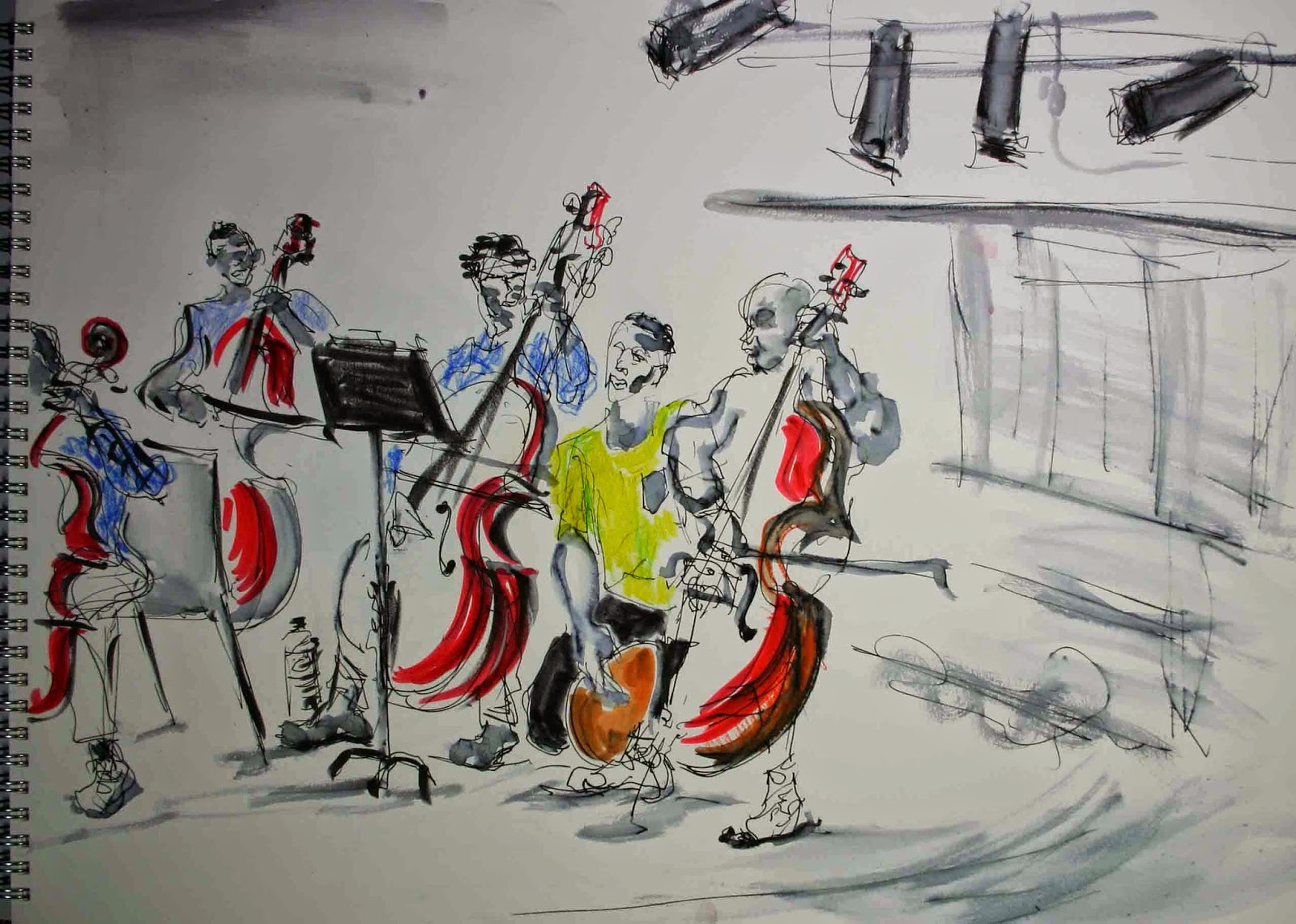 My hairdresser has never heard of Soweto. And I know a business journalist who saw Soweto from the air and assumed it was temporary accommodation.

The Buskaid Soweto String Ensemble has a powerful effect on audiences. Beauty, discipline and grace are strong cards to play, let alone soul singers (recruited from the players) delivering show tunes, township music, gospel and Afro-pop after the baroque, Brahms and Karl Jenkins. 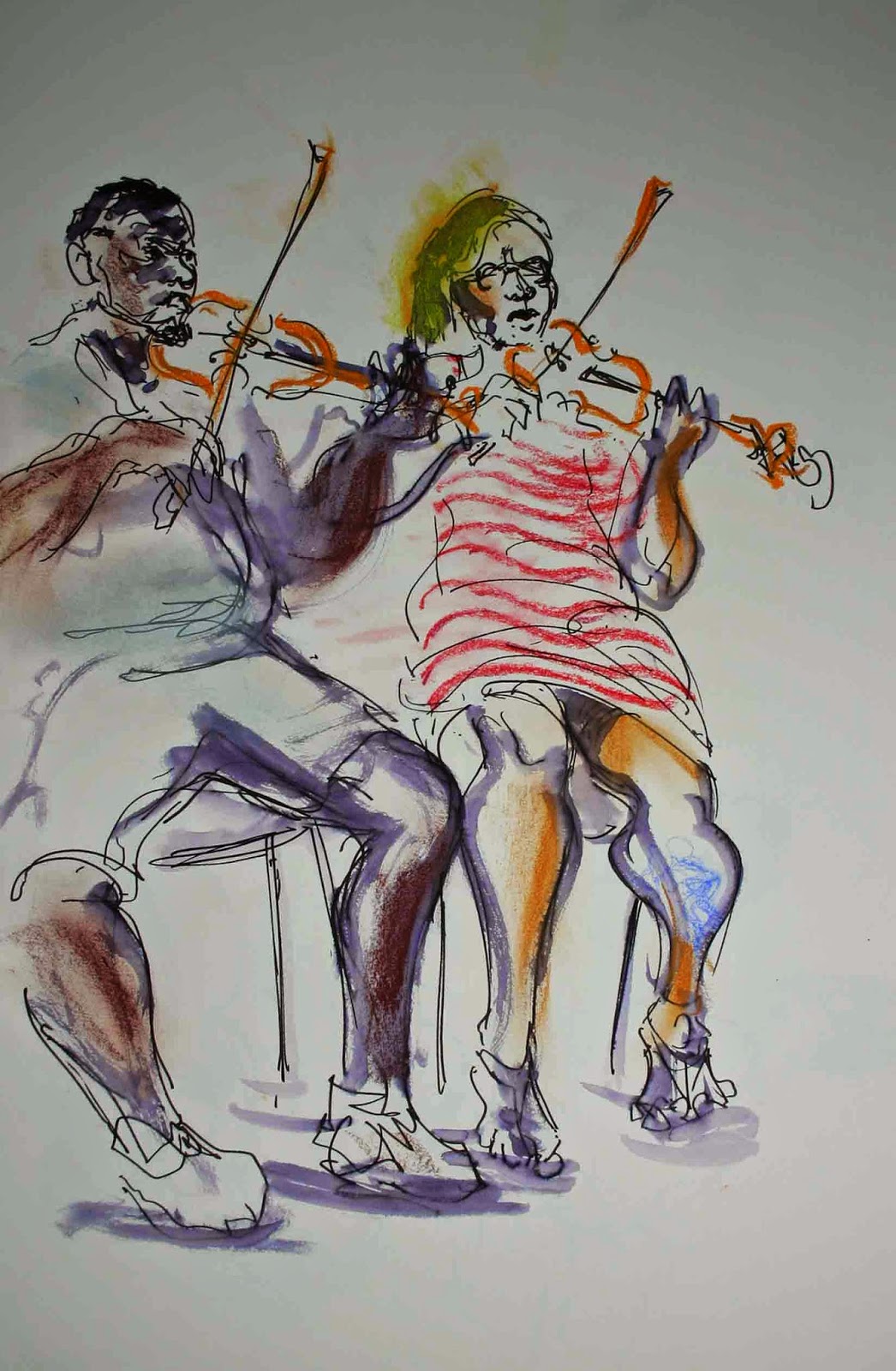 Dancing with their instruments, they have enough showbiz clout to engage a broad audience.

They talk matter-of-factly about having played in Syria and Colombia.

There needs to be a succession plan, an idea to make sure that this school in Soweto can grow and keep on changing lives. 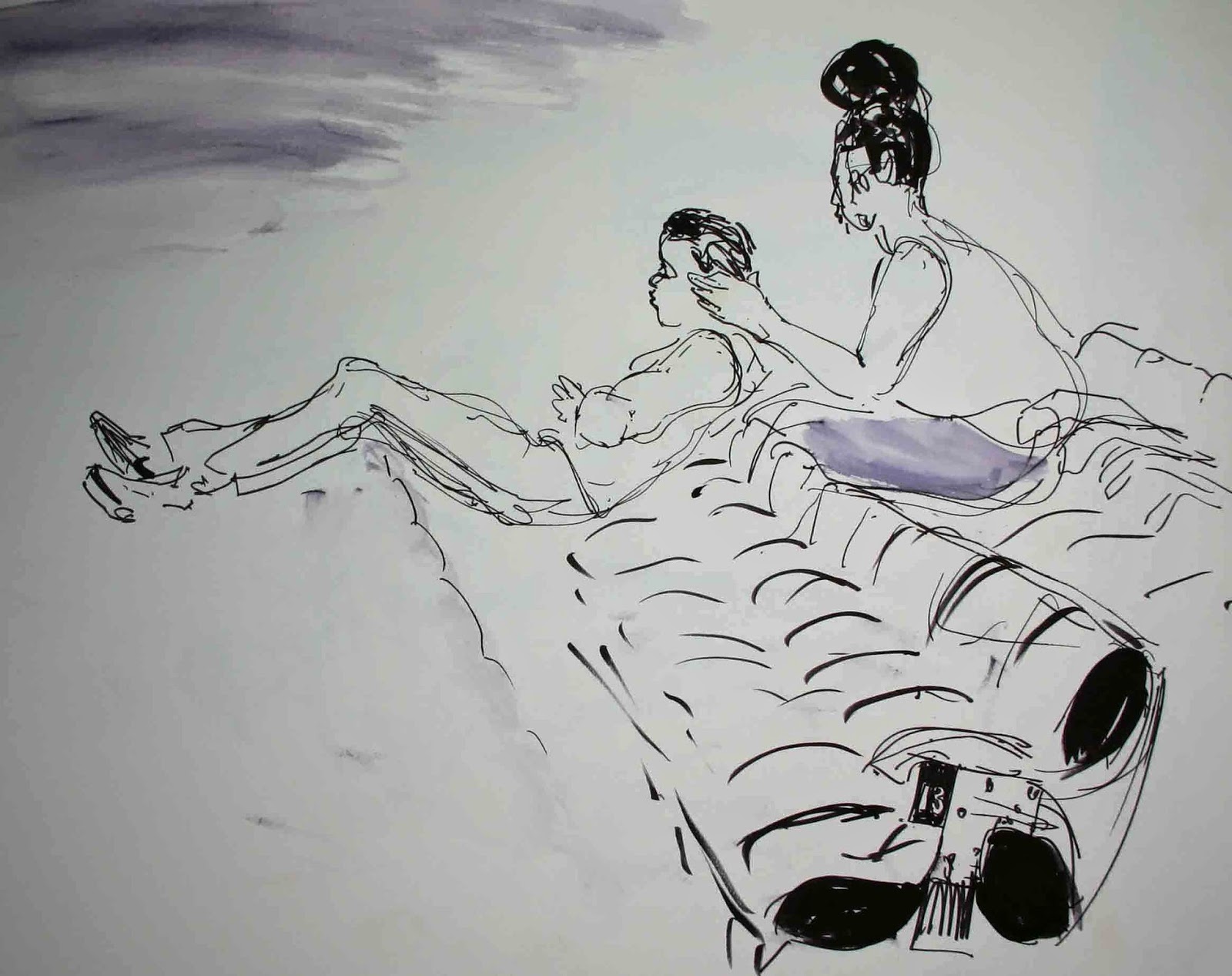 After the rehearsal for tonight's concert at the Queen Elizabeth Hall I walk past Grayson Perry. His crimson lipstick is not chewed off with the frustration of drawing as mine is.

He's just attended a Central Saint Martins graduation ceremony in the Festival Hall. The South Bank is teeming with yoof in academic dress.

I should have dragged them into the rehearsal to interpret this phenomenon. But all I had to keep me company was the ghost of Feliks Topolski whose former studio is over the road. 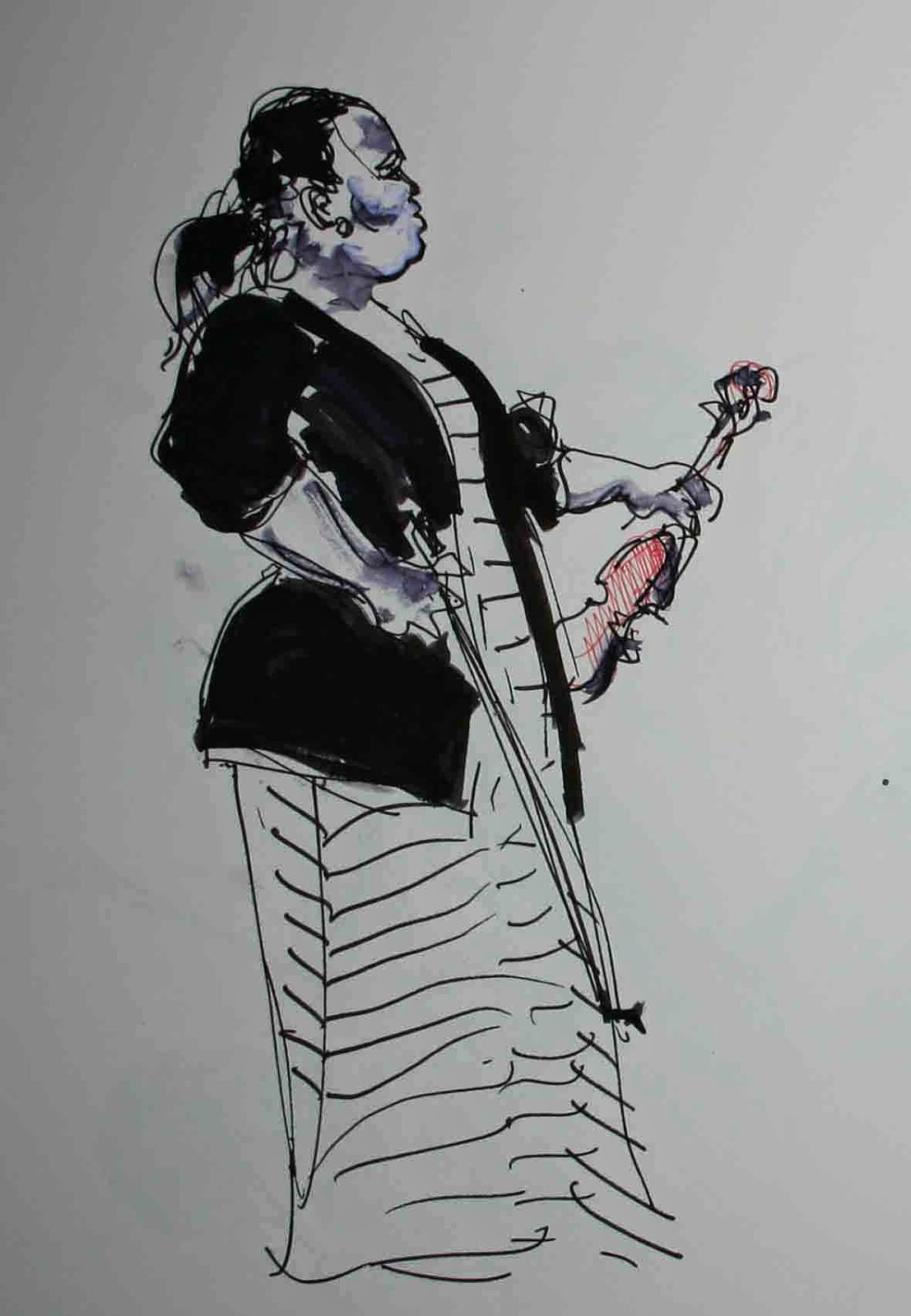 Redefine Properties and the National Arts Council of South Africa backed the tour. Rosemary Nalden has dedicated her life to the ensemble, scolding them into shape. https://www.buskaid.org.za/ 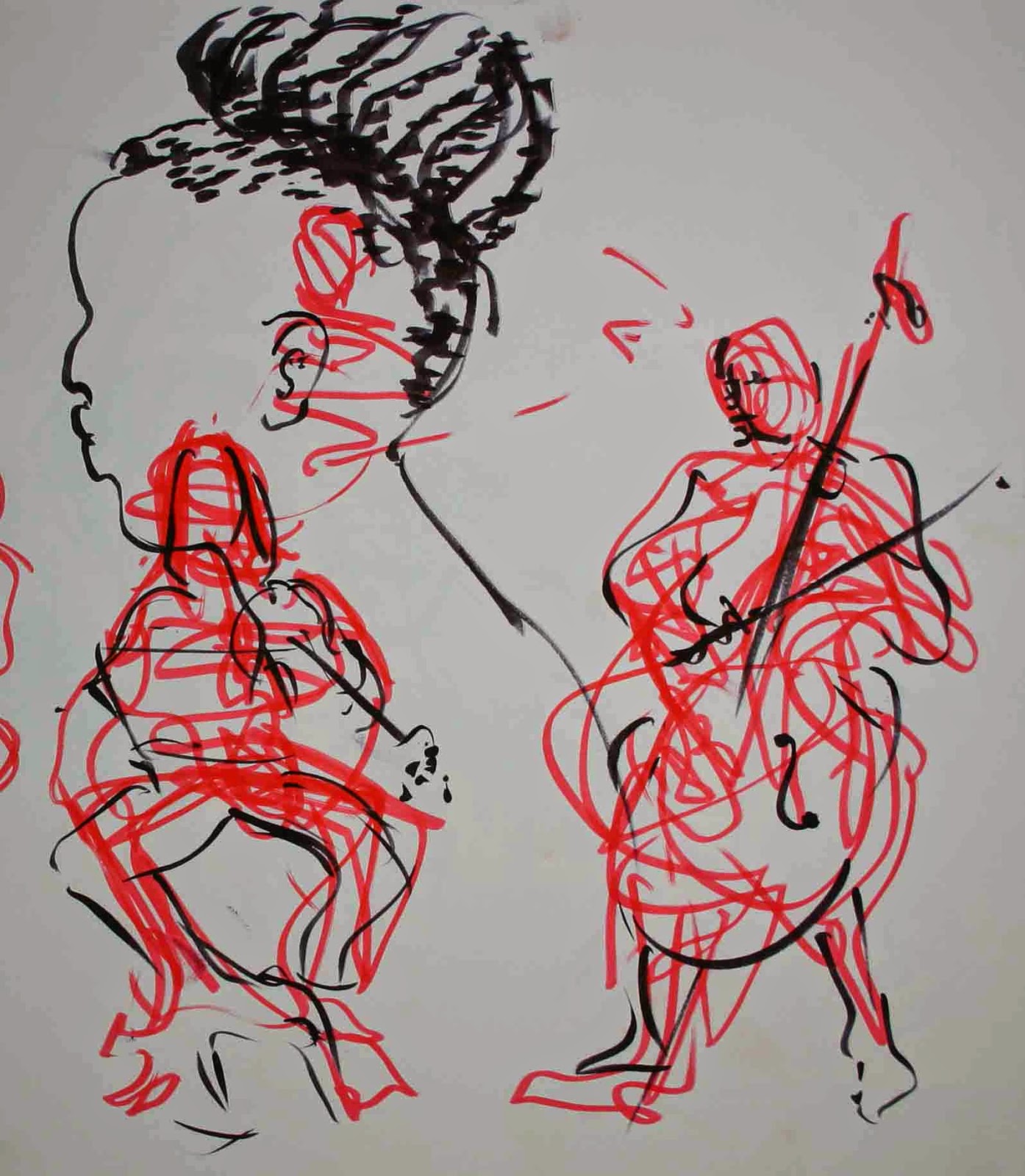 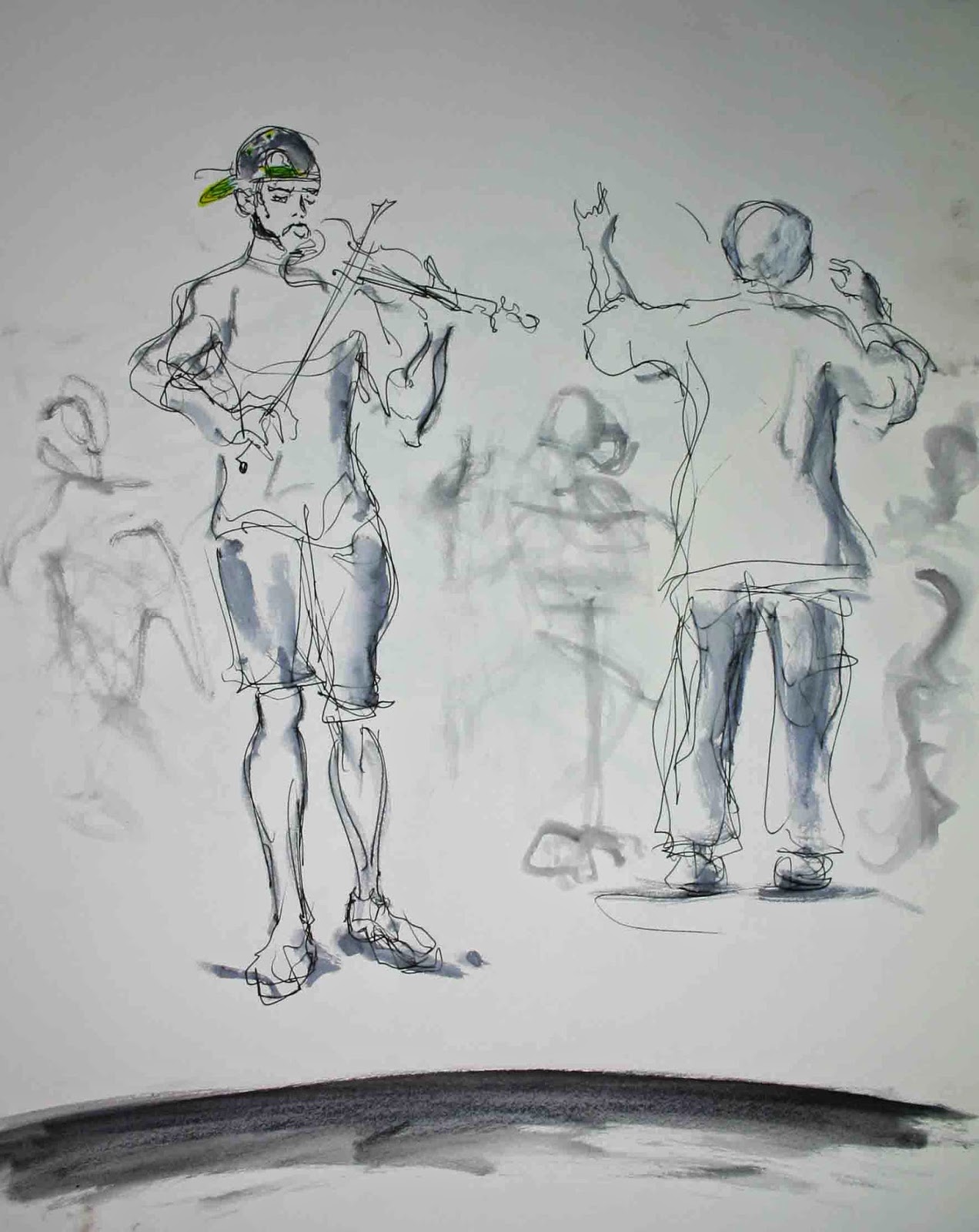 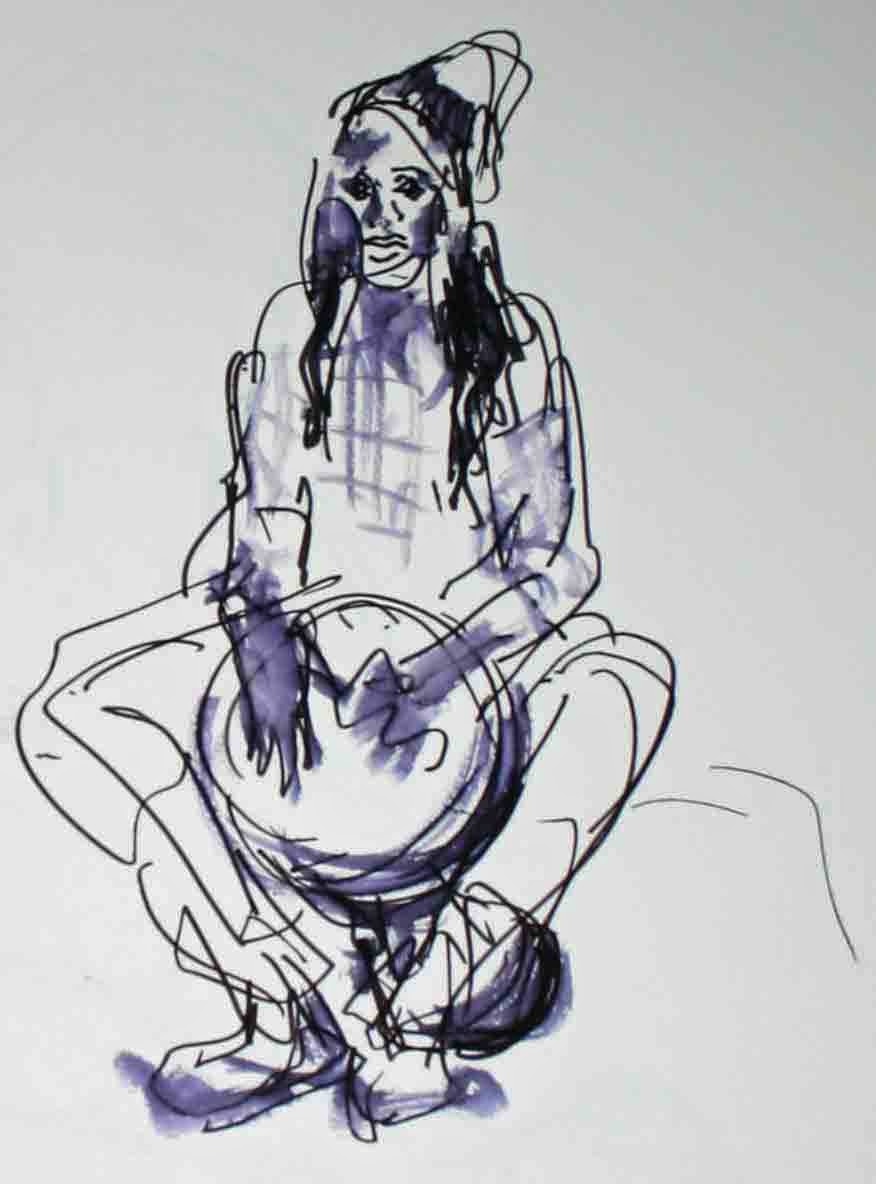 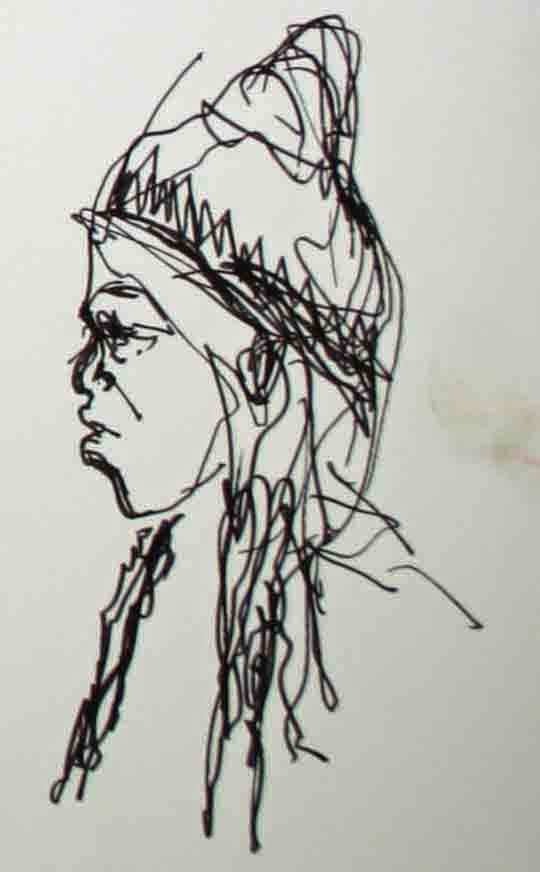 Posted by Isobel Williams at 14:59